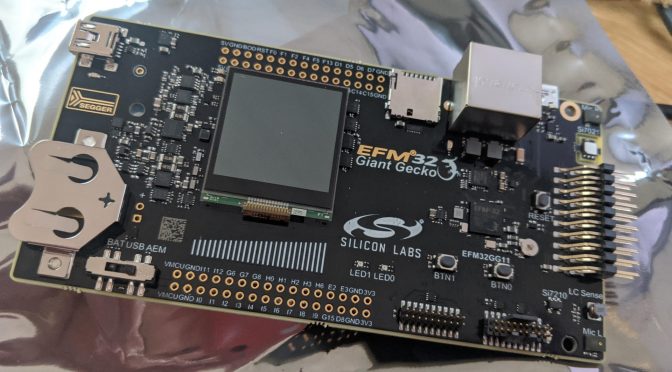 You remember my tiny-curl effort to port libcurl to more Real-time operating systems? Back in May 2020 I announced it in association with me porting tiny-curl to FreeRTOS.

Today I’m happy to bring you the news that tiny-curl 7.72.0 was just released. Now it also builds and runs fine on the Micrium OS.

Timed with this release, I changed the tiny-curl version number to use the same as the curl release on which this is based on, and I’ve created a new dedicated section on the curl web site for tiny-curl:

With tiny-curl you get an HTTPS-focused small library, that typically fits in 100Kb storage, needing less than 20Kb of dynamic memory to run (excluding TLS and regular libc needs).

You want to go with libcurl even in these tiny devices because your other options are all much much worse. Lots of devices in this category (I call it “devices that are too small to run Linux“) basically go with some default example HTTP code from the OS vendor or similar and sure, that can often be built into a much smaller foot-print than libcurl can but you also get something that is very fragile and error prone. With libcurl, and tiny-curl, instead you get:

tiny-curl comes already customized as small as possible, but you always have the option to enable additional powers and by going up slightly in size you can also add more features from the regular libcurl plethora of powerful offerings.