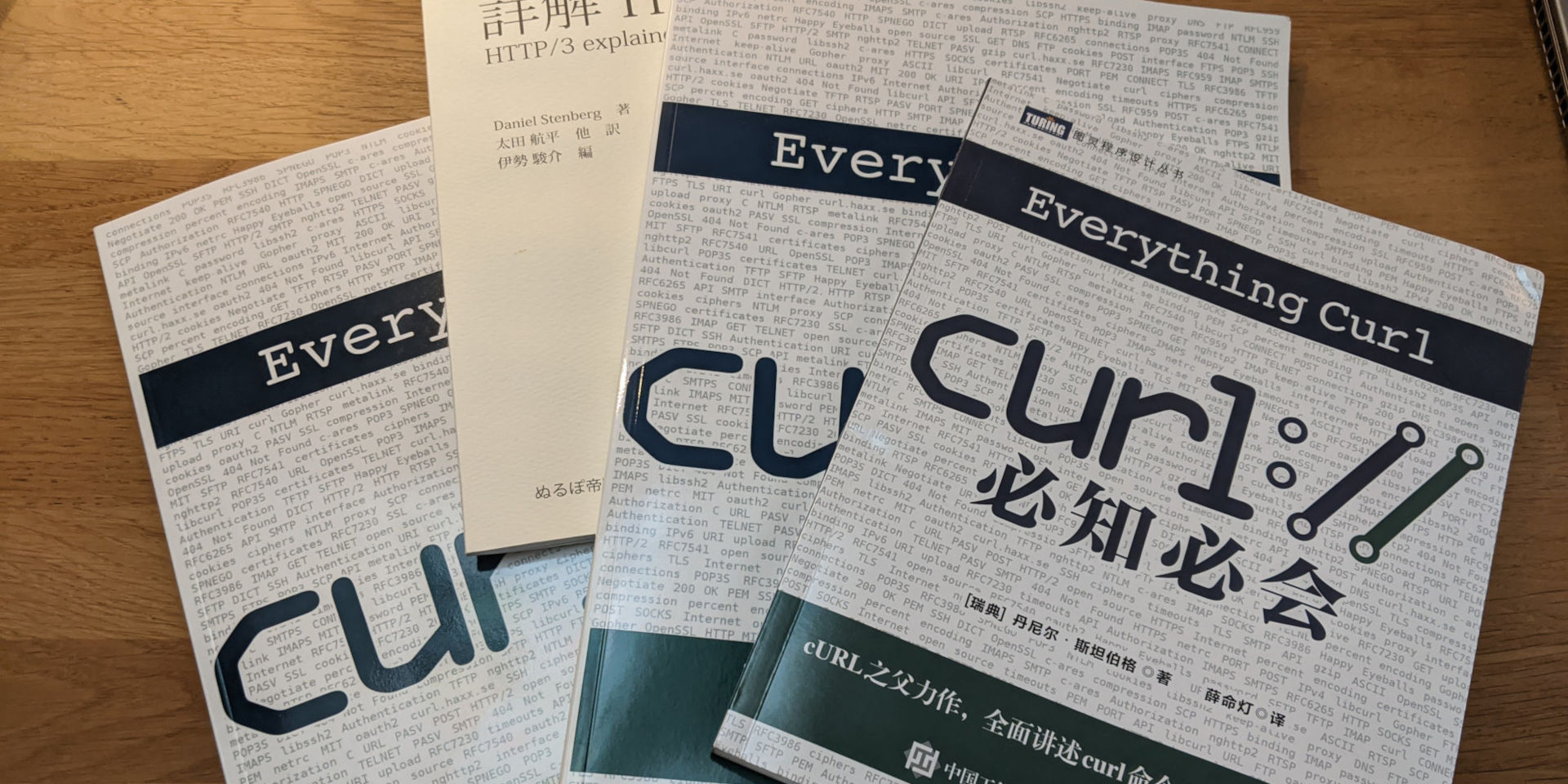 With just a month left until its seventh birthday, everything curl has now surpassed this amazing milestone. The book now contains more than 100,000 words. Distributed over 883 sections. All written in glorious markdown.

Two years ago when we celebrated its 5th birthday, it was still this measly thin “pamphlet” of 72,000 words. It has grown by almost 40% over the last two years.

The average word length in the book is now 5.25 characters and all this is spread out over 14,900 lines (in the source markdowns).

63 individuals have had their commits merged. I have great help from people to polish off weird language and wrong English.

My ambition with this book remains the same: to document everything there is to tell about curl and libcurl from every aspect. Code, use, development, project, background, future, philosophy and more.

News from the last year for everything curl is that we have several CI jobs now that verify new contributions to make sure we don’t degrade too much. They check that:

The spellcheck part can of course be a bit tedious for such a technical document but I realized that since I am such a sloppy writer I need that check. This has really reduced the inflow of PRs with spelling fixes.

These CI jobs makes the quality of the book much better even though it is a highly moving target.

As curl is a constantly evolving project that adds new features and changes things every now and then, there is also a constant stream of new things to add or update in the book.

Since I also want the book to work for readers that may very well run curl versions from several years ago, we need to keep that in mind and make sure to keep “old behavior” and details around for a while.