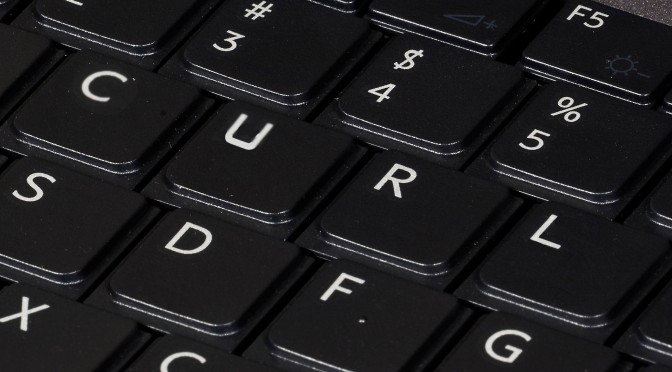 At a talk I did a while ago, someone from the back of the audience raised this question. I found it to be such a great question that I decided to spend a few minutes and explain how this happens and why.

In this blog post I’ll stick to discussing the curl command line tool. “curl” is often also used as a shortcut for the library but let’s focus on the tool here.

When you use a particular curl version installed in a system near you, chances are that it differs slightly from the curl your neighbor runs or even the one that you use in the machines at work.

We release a new curl version every eight weeks. On average we ship over thirty releases in a five-year period.

A lot of people use curl versions that are a few years old, some even many years old. There are easily more than 30 different curl version in active use at any given moment.

Not every curl release introduce changes and new features, but it is very common and all releases are at least always corrected a lot of bugs from previous versions. New features and fixed bugs make curl different between releases.

Linux/OS distributions tend to also patch their curl versions at times, and then they all of course have different criteria and work flows, so the exact same curl version built and shipped from two different vendors can still differ!

curl builds on almost every platform you can imagine. When you build curl for your platform, it is designed to use features, native APIs and functions available and they will indeed differ between systems.

curl also relies on a number of different third party libraries. The set of libraries a particular curl build is set to use varies by platform, but even more so due to the decisions of the persons or group that built this particular curl executable. The exact set, and the exact versions of each of those third party libraries, will change curl’s feature set, from subtle and small changes up to large really noticeable differences.

As a special third party library, I want to especially highlight the importance of the TLS library that curl is built to use. It will change not only what SSL and TLS versions curl supports, but also how to handle CA certificates, it provides crypto support for authentication schemes such as NTLM and more. Not to mention that of course TLS libraries also develop over time so if curl is built to use an older release, it probably has less support for later features and protocol versions.

When building curl, you can switch features on and off to a very large extent, making it possible to quite literally build it in several million different combinations. The organizations, people and companies that build curl to ship with their operating systems or their package distribution systems decide what feature set they want or don’t want for their users. One builder’s decision and thought process certainly does not have to match the ones of the others’. With the same curl version, the same TLS library on the same operating system two curl builds might thus still end up different!

If you aren’t satisfied with the version or feature-set of your own locally installed curl – build your own!

One thought on “Why is curl different everywhere?”