The results are in. The curl user survey 2017 was up for a little over two weeks and attracted answers from a total of 513 individuals. This was a much better turnout that last year’s disappointment – thank you everyone!

This year we learned that the distribution curve for the amount of protocols people use curl for looks like this: 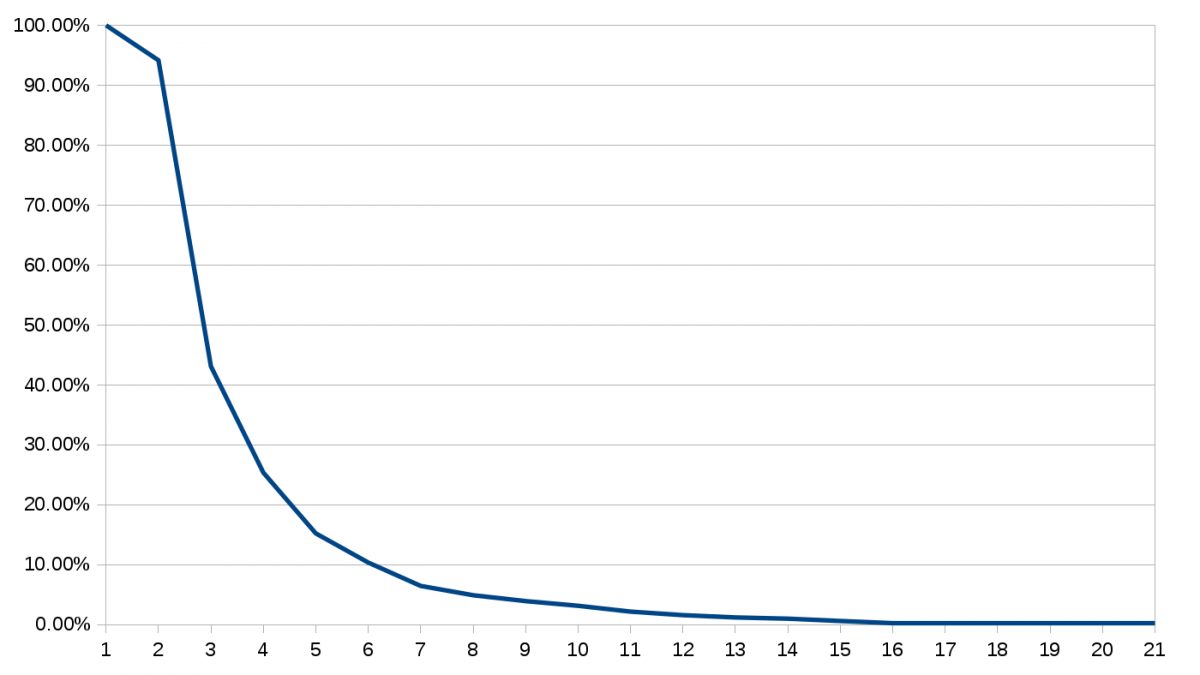 And the interest in getting even more protocols supported is still high, if not even very high and I think the top-most requested protocol is a bit surprising: 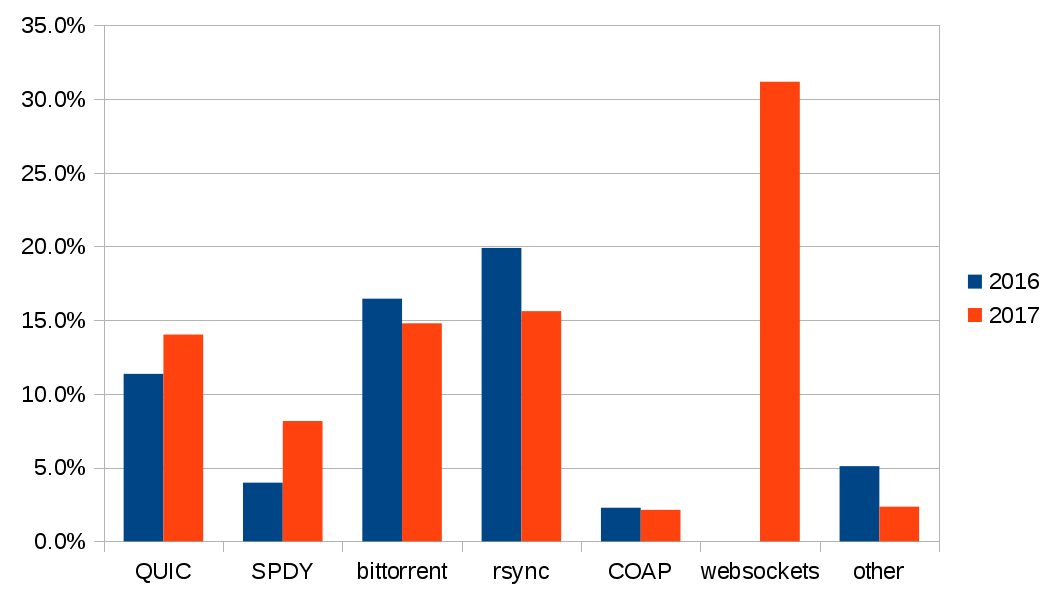 The outcome of the survey is the analysis document in which I’ve summarized by thoughts and added a bunch of graphs and other diagrams that illustrate the numbers. In particular compared to previous’ years results. It became a 40 page thing as I’ve tried to be detailed and also somewhat elaborate on commenting and reacting to a lot of the write-in suggestions and comments!

If you want to draw your own conclusions or just verify mine, I also offer you the following source material: