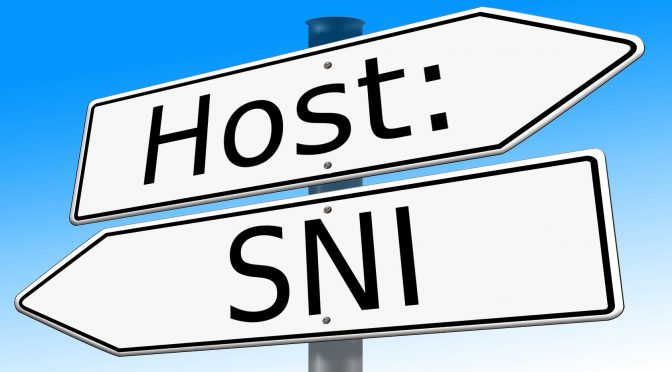 Sometimes you want to issue a curl command against a server, but you don’t really want curl to resolve the host name in the given URL and use that, you want to tell it to go elsewhere. To the “wrong” host, which in this case of course happens to be the right host. Because you know better.

The classic and and easy to understand way to send a request to the wrong HTTP host is to simply send a different Host: header so that the server will provide a response for that given server.

If you run your “example.com” HTTP test site on localhost and want to verify that it works:

curl will also make cookies work for example.com in this case, but it will fail miserably if the page redirects to another host and you enable redirect-following (--location) since curl will send the fake Host: header in all further requests too.

The --header option cleverly cancels the built-in provided Host: header when a custom one is provided so only the one passed in from the user gets sent in the request.

We’re using HTTPS everywhere these days and just faking the Host: header is not enough then. An HTTPS server also needs to get the server name provided already in the TLS handshake so that it knows which cert etc to use. The name is provided in the SNI field. curl also needs to know the correct host name to verify the server certificate against (server certificates are rarely registered for an IP address). curl extracts the name to use in both those case from the provided URL.

As we can’t just put the IP address in the URL for this to work, we reverse the approach and instead give curl the proper URL but with a custom IP address to use for the host name we set. The --resolve command line option is our friend:

Under the hood this option populates curl’s DNS cache with a custom entry for “example.com” port 443 with the address 127.0.0.1, so when curl wants to connect to this host name, it finds your crafted address and connects to that instead of the IP address a “real” name resolve would otherwise return.

This method also works perfectly when following redirects since any further use of the same host name will still resolve to the same IP address and redirecting to another host name will then resolve properly. You can even use this option multiple times on the command line to add custom addresses for several names. You can also add multiple IP addresses for each name if you want to.

Connect to another host by name

As shown above, --resolve is awesome if you want to point curl to a specific known IP address. But sometimes that’s not exactly what you want either.

Imagine you have a host name that resolves to a number of different host names, possibly a number of front end servers for the same site/service. Not completely unheard of. Now imagine you want to issue your curl command to one specific server out of the front end servers. It’s a server that serves “example.com” but the individual server is called “host-47.example.com”.

You could resolve the host name in a first step before curl is used and use --resolve as shown above.

Most options in curl are individually controlled which means that there’s rarely logic that prevents you from using them in the awesome combinations that you can think of.

--resolve, --connect-to and --header can all be used in the same command line!

Connect to a HTTPS host running on localhost, use the correct name for SNI and certificate verification, but then still ask for a separate host in the Host: header? Sure, no problem:

All the above with libcurl?

When you’re done playing with the curl options as described above and want to convert your command lines to libcurl code instead, your best friend is called --libcurl.

Just append --libcurl example.c to your command line, and curl will generate the C code template for you in that given file name. Based on that template, making use of  that code correctly is usually straight-forward and you’ll get all the options to read up in a convenient way.

Update: thanks to @Manawyrm, I fixed the ndash issues this post originally had.

One thought on “curl another host”