There is no websockets for HTTP/2.

By this, I mean that there’s no way to negotiate or upgrade a connection to websockets over HTTP/2 like there is for HTTP/1.1 as expressed by RFC 6455. That spec details how a client can use Upgrade: in a HTTP/1.1 request to switch that connection into a websockets connection.

(As a side-note, that Upgrade: mechanism is the same mechanism a HTTP/1.1 connection can get upgraded to HTTP/2 if the server supports it – when not using HTTPS.) 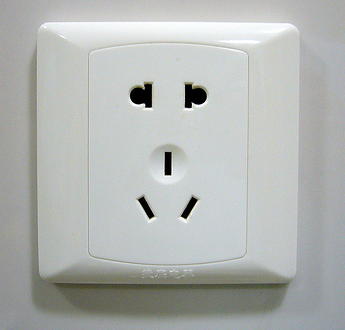 There’s was once a draft submitted that describes how websockets over HTTP/2 could’ve been done. It didn’t get any particular interest in the IETF HTTP working group back then and as far as I’ve seen, there has been very little general interest in any group to pick up this dropped ball and continue running. It just didn’t go any further.

Websockets over HTTP/2 could of course have the benefit that it would only be one stream over the connection that could serve regular non-websockets traffic at the same time in many other streams, while websockets upgraded on a HTTP/1 connection uses the entire connection exclusively.

So what do users do instead of using websockets over HTTP/2? Well, there are several options. You probably either stick to HTTP/2, upgrade from HTTP/1, use Web push or go the WebRTC route!

If you really need to stick to websockets, then you simply have to upgrade to that from a HTTP/1 connection – just like before. Most people I’ve talked to that are stuck really hard on using websockets are app developers that basically only use a single connection anyway so doing that HTTP/1 or HTTP/2 makes no meaningful difference.

Sticking to HTTP/2 pretty much allows you to go back and use the long-polling tricks of the past before websockets was created. They were once rather bad since they would waste a connection and be error-prone since you’d have a connection that would sit idle most of the time. Doing this over HTTP/2 is much less of a problem since it’ll just be a single stream that won’t be used that much so it isn’t that much of a waste. Plus, the connection may very well be used by other streams so it will be less of a problem with idle connections getting killed by NATs or firewalls.

The Web Push API was brought by W3C during 2015 and is in many ways a more “webby” way of doing push than the much more manual and “raw” method that websockets is. If you use websockets mostly for push notifications, then this might be a more convenient choice.

Also introduced after websockets, is WebRTC. This is a technique introduced for communication between browsers, but it certainly provides an alternative to some of the things websockets were once used for.

Websockets over HTTP/2 could still be done. The fact that it isn’t done just shows that there isn’t enough interest.

Recall how browsers only speak HTTP/2 over TLS, while websockets can also be done over plain TCP. In fact, the only way to upgrade a HTTP connection to websockets is using the HTTP/1 Upgrade: header trick, and not the ALPN method for TLS that HTTP/2 uses to reduce the number of round-trips required.

If anyone would introduce websockets over HTTP/2, they would then probably only be possible to be made over TLS from within browsers.