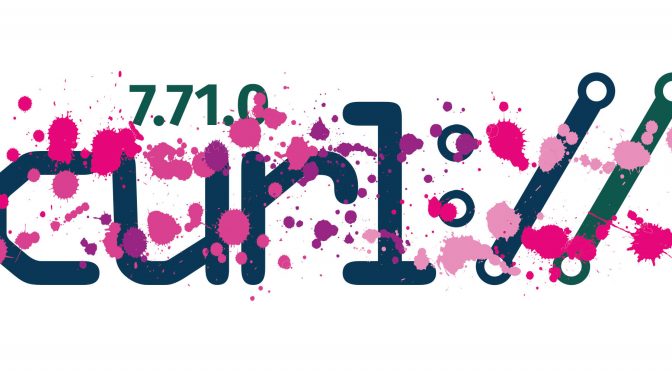 Welcome to the “prose version” of the curl 7.71.0 change log. There’s just been eight short weeks since I last blogged abut a curl release but here we are again and there’s quite a lot to say about this new one.

This is a nasty bug in user credential handling when doing authentication and HTTP redirects, which can lead to a part pf the password being prepended to the host name when doing name resolving, thus leaking it over the network and to the DNS server.

This bug was reported and we fixed it in public – and then someone else pointed out the security angle of it! Just shows my lack of imagination. As a result, even though this was a bug already reported – and fixed – and therefor technically not subject for a bug bounty, we decide to still reward the reporter, just maybe not with the full amount this would otherwise had received. We awarded the reporter 400 USD.

When curl -J is used it doesn’t work together with -i and there’s a check that prevents it from getting used. The check was flawed and could be circumvented, which the effect that a server that provides a file name in a Content-Disposition: header could overwrite a local file, since the check for an existing local file was done in the code for receiving a body – as -i wasn’t supposed to work… We awarded the reporter 700 USD.

CURLSSLOPT_NATIVE_CA – this is a new (experimental) flag that allows libcurl on Windows, built to use OpenSSL to use the Windows native CA store when verifying server certificates. See CURLOPT_SSL_OPTIONS. This option is marked experimental as we didn’t decide in time exactly how this new ability should relate to the existing CA store path options, so if you have opinions on this you know we’re interested!

CURLOPT-BLOBs – a new series of certificate related options have been added to libcurl. They all take blobs as arguments, which are basically just a memory area with a given size. These new options add the ability to provide certificates to libcurl entirely in memory without using files. See for example CURLOPT_SSLCERT_BLOB.

--retry-all-errors is the new blunt tool of retries. It tells curl to retry the transfer for all and any error that might occur. For the cases where just --retry isn’t enough and you know it should work and retrying can get it through.

This is yet another release with over a hundred and thirty different bug-fixes. Of course all of them have their own little story to tell but I need to filter a bit to be able to do this blog post. Here are my collected favorites, in no particular order…

There are more changes coming and some PR are already pending waiting for the feature window to open. Next release is likely to become version 7.72.0 and have some new features. Stay tuned!