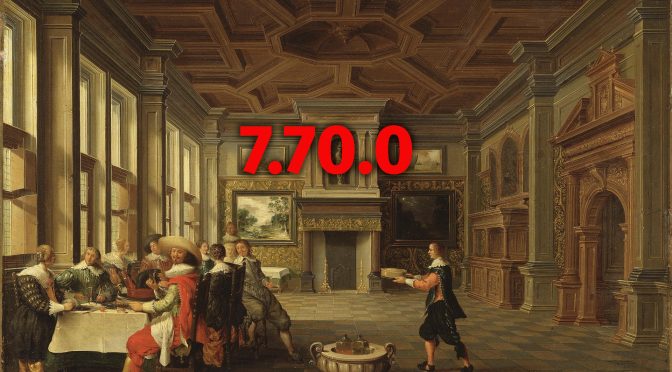 We’ve done many curl releases over the years and this 191st one happens to be the 20th release ever done in the month of April, making it the leading release month in the project. (February is the month with the least number of releases with only 11 so far.)

There’s no security advisory released this time. The release of curl 7.70.0 marks 231 days since the previous CVE regarding curl was announced. The longest CVE-free period in seven years in the project.

The curl tool got the new command line option --ssl-revoke-best-effort which is powered by the new libcurl bit CURLSSLOPT_REVOKE_BEST_EFFORT you can set in the CURLOPT_SSL_OPTIONS. They tell curl to ignore certificate revocation checks in case of missing or offline distribution points for those SSL backends where such behavior is present (read: Schannel).

curl’s --write-out command line option got support for outputting the meta data as a JSON object.

We’ve introduced the first take on MQTT support. It is marked as experimental and needs to be explicitly enabled at build-time.

Bug-fixes to write home about

This is just an ordinary release cycle worth of fixes. Nothing particularly major but here’s a few I could add some extra blurb about…

GnuTLS has been a supported TLS backend in curl since 2005 and we’ve supported a range of versions over the years. Starting now, we bumped the lowest supported GnuTLS version to 3.1.10 (released in March 2013). The reason we picked this particular version this time is that we landed a bug-fix for GnuTLS that wanted to use a function that was added to GnuTLS in that version. Then instead of making more conditional code, we cleaned up a lot of legacy and simplified the code significantly by simply removing support for everything older than this. I would presume that this shouldn’t hurt many users as I suspect it is a very bad idea to use older versions anyway, for security reasons if nothing else.

curl supports three different SSH backends, and one them is libssh. It turned out that the glue layer we have in curl between the core libcurl and the SSH library lacked proper mappings for some recent key types that have been added to the SSH known_hosts file. This file has been getting new key types added over time that OpenSSH is using by default these days and we need to make sure to keep up…

Revert “file: on Windows, refuse paths that start with \\”

Later, we found out more details and backpedaled on that issue. “It’s not a bug, it’s a feature” as the saying goes. Since it isn’t a bug (anymore) we’ve now also subsequently removed the “fix” that we introduced back then…

This is actually just one out of several changes in the curl test suite that has happened as steps in a larger sub-project: move all test servers away from using fixed port numbers over to using dynamically assigned ones. Using dynamic port numbers makes it easier to run the tests on random users’ machines as the risk for port collisions go away.

Previously, users had the ability to ask the tests to run on different ports by using a command line option but since it was rarely used, new test were often written assuming the default port number hard-coded. With this new concept, such mistakes can’t slip through.

In order to correctly support all test servers running on any port, we’ve enhanced the main test “runner” (runtests) to preprocess the test case files correctly which allows all our test servers to work with such port numbers appearing anywhere in protocol details, headers or response bodies.

The work on switching to dynamic port numbers isn’t quite completed yet but there are still a few servers using fixed ports. I hope those will be addressed within shortly.

Parallel transfers in the curl tool is still a fairly new thing, clearly, as we can get a report on this kind of basic functionality flaw. In this case, you could have curl generate zero byte output files when using --parallel-max to limit the parallelism, instead of getting them all downloaded fine.

The idea being that your application can easily extract and use this information either in information/debugging purposes but also in cases where other components are used that also want a CA store and the application author wants to make sure both/all use the same paths!

Due to oversights, several Windows build didn’t enable support for unix domain sockets even when built for such Windows 10 versions where there’s support provided for it in the OS.

During the release cycle, I regularly update the RELEASE-NOTES file to include recent changes and bug-fixes scheduled to be included in the coming release. I do this so that users can easily see what’s coming; in git, on the web site and in the daily snapshots. This used to be a fairly manual process but the repetitive process finally made me create a perl script for it that removes a lot of the manual work: release-notes.pl. Yeah, I realize I’m probably the only one who’s going to use this script…

Already back in December 2018, our code style tool checksrc got the powers to also verify the copyright year range in the top header (written by Daniel Gustafsson). This makes sure that we don’t forget to bump the copyright years when we update files. But because this was a bit annoying and surprising to pull-request authors on GitHub we disabled it by default – which only lead to lots of mistakes still being landed on the poor suckers (like me) who enabled it would get the errors instead. Additionally, the check is a bit slow. This finally drove me into disabling the check as well.

To combat the net effect of that, I’ve introduced the copyright.pl script which is similar in spirit but instead scans all files in the git repository and verifies that they A) have a header and B) that the copyright range end year seems right. It also has a whitelist for files that don’t need to fulfill these requirements for whatever reason. Now we can run this script one every release cycle instead and get the same end results. Without being annoying to users and without slowing down anyone’s everyday builds! Win-win!

The top image was painted by Dirck van Delen 1631. Found in the Swedish National Museum’s collection.