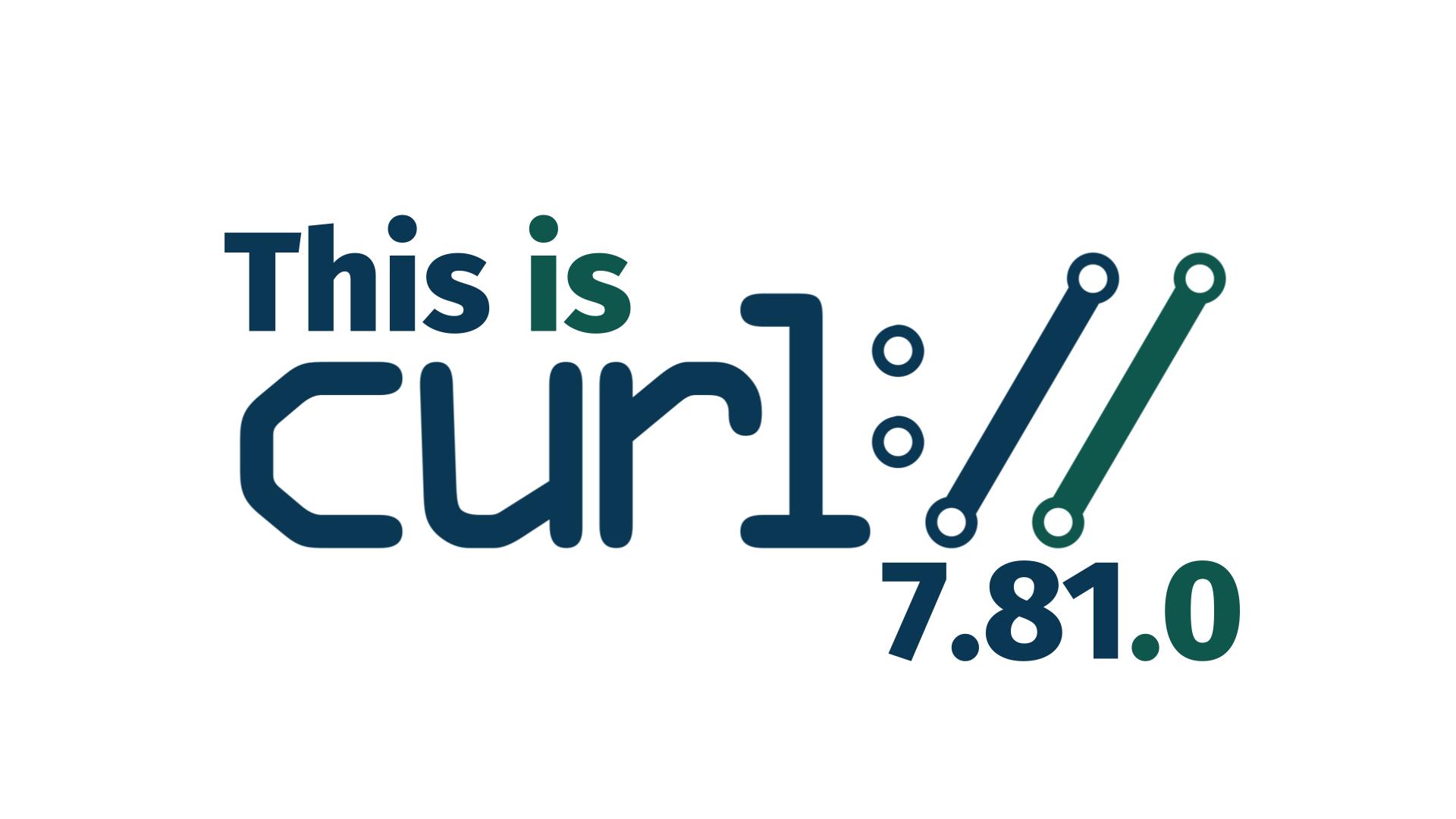 Today we celebrate our fourth consecutive release without any new vulnerability to fix and reveal.

This release comes with just one change to note, but one that brings both a new libcurl setopt (CURLOPT_MIME_OPTIONS) and a new command line option (--form-escape). Starting now, libcurl defaults to percent encoding certain fields when doing multi-part HTTP formposts.

As usual, here’s a set of selected favorite bug-fixes of mine from this cycle:

require “see also” for every documented option in curl.1

When the curl command man page is generated at build time, the script now makes sure that there is a “see also” for each option. This will help users find related info. More mandatory information for each option makes us do better documentation that ultimately helps users.

The internal hash functions moved the allocation of the actual hash table from the init() function to when the first add() is called to add something to the table. This delay simplified code (when the init function became infallible ) and does even avoid a few allocs in many cases.

Plus a range of code and test cases adjusted to make curl built with hyper run better. There are now less than 30 test cases still disabled for hyper. We are closing in!

Users of this backend can now also use this feature that allows applications to provide a CA cert store in-memory instead of using an external file.

It was found out that the two multi interface callbacks didn’t at all treat errors being returned the way they were documented to do. They are now, and the documentation was also expanded to clarify.

Applications that uses libcurl built to use NSS found out that if they would select cipher, they would also effectively prevent connections from being reused due to this bug.

curl can now switch LDAP transfers into LDAPS using the STARTTLS command much like how it already works for the email protocols. This ability is so far limited to LDAP powered by OpenLDAP.

This little mistake made libcurl use the wrong method to extract and show the OpenSSL version at run-time, which most notably would make libcurl say the wrong version for OpenSSL 3.0.1, which would rather show up as the non-existing version 3.0.0a.

curl: updated search for a file in the homedir

The curl tool now searches for personal config files in a slightly improved manner, to among other things make it find the same .known_hosts file on Windows as the Microsoft provided ssh client does.

A bug in the logic for checking connections in the connection pool suitable for reuse caused flaws when doing subsequent HTTPS transfers to servers over the same HTTPS proxy.

When doing HTTP/3 transfers, libcurl is now doing proper server certificate verification for the QUIC connection – when the ngtcp2 backend is used. The quiche backend is still not doing this, but really should.

Years ago I wrote a blog post about using port zero in URLs to do transfers. Then it turned out port zero did not work like that with curl anymore so work was done and now order is restored again and port number zero is once again fine to use for curl.

There are a whole range of new error codes introduced that help better identify and pinpoint what the problem is when a URL or a part of a URL cannot be parsed or will not be accepted. Instead of the generic “failed to parse URL”, this can now better tell the user what part of the URL that was found out to be bad.

curl supports using SOCKS5 proxies and asking the proxy to resolve the host name, what we call socks5h. When using this protocol and using a numerical IP address in the URL, curl would use the SOCKS protocol slightly wrong and pass on the wrong “ATYP” parameter which a strict proxy might reject. Fixed now.

The curl factory never stops. There are many pull-requests already filed and in the pipeline of possibly getting merged. There will also, without any doubts, be more ones coming up that none of us have yet thought about or considered. Existing pending topics might include: