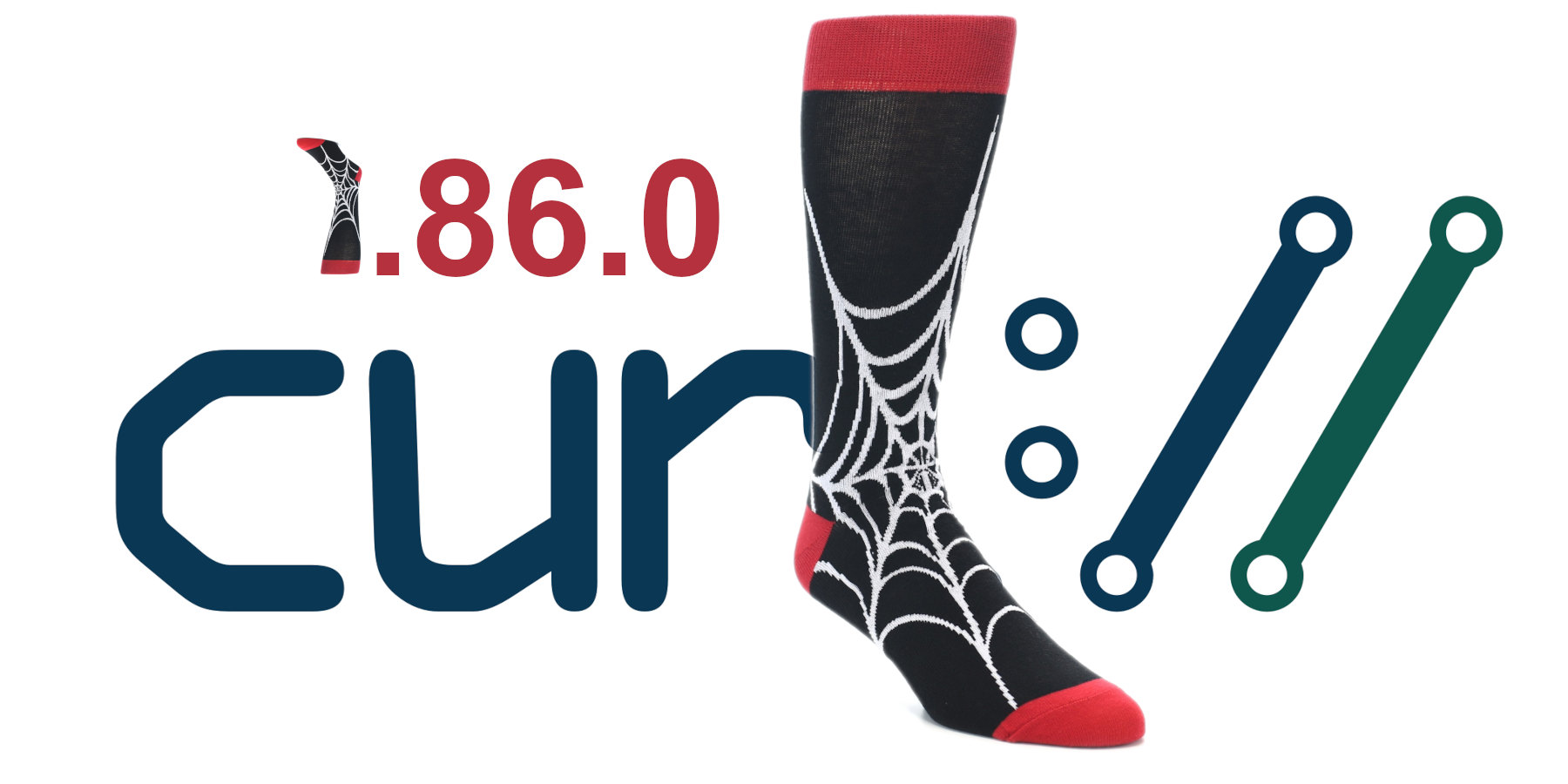 Welcome to another curl release. You know the drill…

When doing HTTP(S) transfers, libcurl might erroneously use the read callback (CURLOPT_READFUNCTION) to ask for data to send, even when the CURLOPT_POSTFIELDS option has been set, if the same handle previously was used to issue a PUT request which used that callback.

This flaw may surprise the application and cause it to misbehave and either send off the wrong data or use memory after free or similar in the subsequent
POST request.

The problem exists in the logic for a reused handle when it is changed from a PUT to a POST.

curl can be told to parse a .netrc file for credentials. If that file ends in a line with consecutive non-white space letters and no newline, curl could read past the end of the stack-based buffer, and if the read works, write a zero byte possibly beyond its boundary.

This will in most cases cause a segfault or similar, but circumstances might also cause different outcomes.

If a malicious user can provide a custom .netrc file to an application or otherwise affect its contents, this flaw could be used as denial-of-service.

If curl is told to use an HTTP proxy for a transfer with a non-HTTP(S) URL, it sets up the connection to the remote server by issuing a CONNECT request to the proxy, and then tunnels the rest of protocol through.

An HTTP proxy might refuse this request (HTTP proxies often only allow outgoing connections to specific port numbers, like 443 for HTTPS) and instead return a non-200 response code to the client.

Due to flaws in the error/cleanup handling, this could trigger a double-free in curl if one of the following schemes were used in the URL for the transfer: dict, gopher, gophers, ldap, ldaps, rtmp, rtmps, telnet

curl’s HSTS check could be bypassed to trick it to keep using HTTP.

Using its HSTS support, curl can be instructed to use HTTPS directly instead of using an insecure clear-text HTTP step even when HTTP is provided in the URL. This mechanism could be bypassed if the host name in the given URL uses IDN characters that get replaced to ASCII counterparts as part of the IDN conversion. Like using the character UTF-8 U+3002 (IDEOGRAPHIC FULL STOP) instead of the common ASCII full stop (U+002E) ..

This time around we add one and we remove one.

curl no longer supports using NPN for negotiating HTTP/2. The standard way for doing this has been ALPN for a long time and the browsers removed their support for NPN several years ago.

There is an experimental WebSocket API included in this release. It comes in the form of three new functions and a new setopt option to control behavior. The possibly best introduction to this new API is in everything curl.

I am very interested in feedback on the API.

Here some of the fixed issues from this cycle that I think are especially worthy to highlight.

The sigv4 code got a significant overhaul and should now do much better than before. This is a fairly complicated setup and there are more improvements coming for future releases.

Every command line option is documented in its own file, which is then used as input when the huge curl.1 man page is generated. Starting now, each such file needs to specify how the option functions when specified more than once. So from now on, this information is mentioned in the man page for all supported options.

Starting in this release, we deprecate support for building curl for systems without 64 bit data types. Those systems are extremely rare this days and we believe it makes sense to finally simplify a few internals when it hurts virtually no one. This is still only deprecated so users can still build on such systems for a short while longer if they really want to.

the ngtcp2 configure option defaults to ‘no’

You need to explicitly ask for ngtcp2 to be enabled in the build.

Cookies with tabs in names or content are not interoperable and they caused issues when curl saved them to disk, so we decided to rather reject them.

Just to make better sure we maintain compatibility.

use -O2 as default optimize for clang in configure

It was just a mistake that it did not already do this.

warn for –ssl use, considered insecure

To better highlight for users that this option merely suggests for curl that it should use TLS for the protocol, while --ssl-reqd is the one that requires TLS.

We replaced the entire function family with macros.

After a massive effort and new CI jobs, we now regularly run a spellcheck on most man pages and as a result we fixed lots of typos and we should now be able to better maintain properly spelled documentation going forward.

If built with a new enough nghttp2 library, curl will now ask it to be less picky about trailing white space after header fields. The protocol spec says they should cause failure, but they are simply too prevalent in live servers responses for this to be a sensible behavior by curl.

This regression made curl not URL decode the user name provided in a URL properly when it later used a .netrc file to find the corresponding password.

The CURLOPT_CERTINFO option now works for QUIC/HTTP/3 transfers as well.

make forced IPv4 transfers only use A queries

When asking curl to use IPv4-only for transfers, curl now only resolves IPv4 names. Out in the wide world there is a significant share of systems causing problems when asking for AAAA addresses so having this option to avoid them is needed.

Some operations when using the Schannel backend caused leftover files on disk afterward. It really makes you wonder who ever thought designing such a thing was a good idea, but now curl no longer triggers this effect.

curl now uses this new constant-time function when comparing secrets in the library in an attempt to make it even less likely for an outsider to be able to use timing as a feedback as to how closely a guessed user name or password match the secret ones.

The command line tool would too eagerly create and queue up pending transfers in parallel mode, making a command line with millions of transfers easily use ridiculous amounts of memory.

A URL has a scheme and we can use that fact to detect it better and more reliable when not using the scheme-guessing mode.

When the URL encode option is set when parsing a URL, the parser would not always properly handle URLs with queries that also lacked a slash in the path. Like https://example.com?moo.

The URL parser is now a few percent faster and makes significantly fewer memory allocations and it uses less memory in total.

Another step on the journey of making the parser stricter.

The session-id cache handling could trigger a crash due to a missing reference counter.

We have several pull-requests in the pipe that will add changes to trigger a minor number bump.

We are planning to remove the following features in a future-: