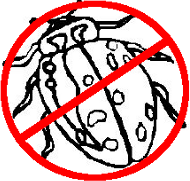 I offer support deals to companies that want to get help with Open Source programs I’ve contributed to. The deals I’ve made so far have primarily involved libcurl, c-ares or libssh2, but that’s basically because those are projects in which I participate a lot in (and maintain) so people find me easily in relation to those projects.

I wouldn’t mind accepting service and support deals for other projects or software products either, as long as they are products I know and am fairly familiar with already and I am not scared of digging in and fixing things under the hood when that is required.

In fact, I could very well consider to offer to fix bugs in any Open Source software. Like a general: if you have a bug in an open source project that you really want fixed and you can’t do it yourself I might be your man. Of course this would be limited to some certain kinds of projects and programs, but it could still include a wide range of software. A lot more than the ones I happen to be involved in at any particular point in time.

But while “a bug” is a fairly easily defined term to a user who can’t make something work in a given program it can be anything from dead simple to downright impossible for a developer to fix. The fact that users many times cannot determine if a “bug” is hard or easy, if it’s a bug or a feature not working on purpose, makes such a business deal very hard to provide.

How to pay to get a bug fixed?

Fixed price per bug? Presumably only tricky bugs would be considered for this so it would require a fairly high fixed price. But then it’ll also never be used for simple bugs either since the fixed price would scare away such use cases. I don’t think a fixed-price scheme works very well for this.

Then we only have a variable price approach left. A common way for a consultant like me is to charge for my time spent on a project: I set an hourly rate, I fix the issue in N hours. I charge hourly rate * N. For smallish projects, this is less attractive to customers. If we have no previous relationship, there’s a trust issue where the customer might not just blindly accept that I worked 10 hours on a task they think sounds easy so they feel overcharged. Also, there’s the risk that I estimate the job to be 2 hours but end up spending 12. My conclusion is that per-hour pricing doesn’t work for this either.

A variable price approach based on something else than number of hours it took for me to fix the problem is therefore needed.

A bug fix is of course worth whatever someone is willing to pay for it. But we don’t know what they are prepared to pay. On the other end, a bug fix can get done by someone for the price he/she is willing to accept to get the job done. So where is the cross section of those two unknown graphs?

I don’t have the answer here. I’m very interested in feedback and suggestions though. If you would pay for a bug fix, how would you like to get the price set?