Everyone and anyone is of course entitled to fork a project that is released under an open source license. This goes for my projects as well and I don’t mind it. Go ahead.

I think it may be a bit shortsighted and a stupid decision, but open source allows this and it sometimes actually leads to goodness.

For most applications, the more obscure protocols supported by cURL are close to dead code — mostly harmless, but not useful

<sarcasm>Of course a libcurl newcomer such Christian knows exactly what “most applications” want and need and thus what’s useful to them….</sarcasm>

cURL supports a bunch of crypto backends. In practice, only the OpenSSL, NSS (RedHat) and GnuTLS (Debian) variants seem to see widespread deployment

Originally he mentioned only OpenSSL and GnuTLS there until someone pointed out the massive amount of NSS users and then the page got updated. Quite telling I think. Lots of windows users these days use the schannel backend, Mac OS X users use the darwinssl backend and so on. Again statements based on his view and opinions and most probably without any closer checks done or even attempted.

As a side-node we could discuss what importance (perceived) “widespread deployment” has when selecting what to support or not, but let’s save that for another blog post a rainy day.

I can’t argue against something I don’t know about. I’m not aware of any bug reports on something like this. libcurl is not fully SSL layer agnostic, the SSL library choice “leaks” through to applications so yes an application can very well be written to be “forced” to use a libcurl built against a particular backend. That doesn’t seem what he’s complaining about here though.

Thus, application developers have to pray that the cURL version deployed by the distribution is compatible with their needs

Application developers that use a library – any library – surely always hope that it is compatible with their needs!?

Is it really? As most autotools based projects, you just run configure –prefix=blablalba and install a separate build in a customer directory and then use that for your special-need projects. I suppose he means something else. I don’t know what.

For GNUnet, we need a modern version of GnuTLS. How modern? Well, while I write this, it hasn’t been released yet (update: the release has now happened, the GnuTLS guys are fast). So what happens if one tries to link cURL against this version of GnuTLS?

To verify his claims that building against the most recent gnutls is tricky, I tried:

How does forking fix it? Easy. First, we can get rid of all of the compatibility issues

That’s of course hard to argue with. If you introduce a brand new library it won’t have any compatibility issues since nobody used it before. Kind of shortsighted solution though, since as soon as someone starts to use it then compatibility becomes something to pay attention to.

Also, since Christian is talking about doing some changes to accomplish this new grand state, I suspect he will do this by breaking compatibility with libcurl in some aspects and then gnurl won’t be libcurl compatible so it will no longer be that easy to switch between them as desired.

Note that this pretty much CANNOT be done without a fork, as renaming is an essential part of the fix.

Is renaming the produced library really that hard to do without forking the project? If I want to produce a renamed output from an open source project out there, I apply a script or hack the makefile of that project and I keep that script or diff in my end. No fork needed. I think I must’ve misunderstood some subtle angle of this…

Now, there might be creative solutions to achieve the same thing within the standard cURL build system, but I’m not happy to wait for a decade for Daniel to review the patches.

Why would he need to send me such patches in the first place? Why would I have to review the patches? Why would we merge them?

That final paragraph is probably the most telling of his entire page. I think he did this entire fork because he is unhappy with the lack of speed in the reviewing and responses to his patches he sent to the libcurl mailing list. He’s publicly complained and whined about it several times. A very hostile attitude to actually get the help or review you want.

Yes sure, they are technical but also based on misunderstandings and just lack of will.

But I like to stress again that I don’t mind the fork. I just mind the misinformation and the statements made as if they were true and facts and represents what we stand for in the actual curl project.

I believe in collaboration. I try to review patches and provide feedback as soon as I can. I wish Christian every success with gnurl.

On October 17th 1997 we registered Haxx as a company. Today we’re 0x10 years old. We like hexadecimal numbers. 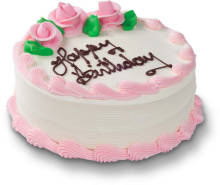 Haxx was founded before the first curl version was released.

It was before Google.

It was long before Firefox and Chrome and even before the Mozilla browser appeared.

Heck, a lot of things of today didn’t exist those 16 long years ago.

It was a different and in many ways simpler world back then, but I would say that we’ve manage quite good to keep with the times and we’ve progressed fine as a company and as individuals all since then.

Me, Björn and Linus are still going strong with more contacts, more customers and possibly more fun than ever.

Happy birthday to us!

Time to submit some more strange emails I’ve received recently. Here’s one I suspect may be someone who spots that curl is being abused against some host. I really wouldn’t even know how to begin to answer this…

A recent twitter discussion I had with Andrei Neculau contributed to his blog post on this subject, basically arguing that I’m wrong but with many words and explanations.

It triggered me to write up my primary reasons for why I strongly object to handle open source issues, questions and patches privately (for free) in open source projects that I have a leading role in.

1. I spend a considerable amount of my spare time on open source projects. I devote some 15-20 unpaid hours a week for those communities. By emailing me and insisting on a PRIVATE conversation you’re suddenly yanking the mutex flag and you’re now requesting that I spend parts of this time on YOU ALONE and not the rest of the community. That’s selfish.

2. By insisting on a private conversation you FORCE me to repeat myself since ideas and questions are rarely unique or done for the first time. So you have a problem or a question that’s very similar to one I just responded to. And the next person will ask the same one tomorrow. By insisting on doing them in public already in the first email, already the second person can read it without me having to write it twice. And the third person who didn’t even realize he was interested in that topic will find out and read it as well (either now when the mail gets sent out or even years later when that user find the archived mailing list on the web). Private emails deny that ability. That’s selfish.

3. By emailing me privately and asking questions and help, you assume that I am the single best person to ask this question at this given time. What if I happen to be on vacation, be under a rough period at work or just not know the particular area of the project very good. I may be the leader or a public person of a project, but I may still not know much about feature X for operating system Z about which you ask. Ask on the list at once and you’ll reach the correct person. That’s more efficient.

4. By emailing me privately, you indirectly put a load on me to reply – or to get off as a rude person. Yes you’re friendly and you ask me nicely and yet even after you remind me after a few days I STILL DON’T RESPOND. Even if I just worked five 16-hour work days and you asked questions I don’t know the answer to… That’s inefficient and rude.

5. Yes, you can say that subscribing to an email list can be daunting and flood you with hundreds or thousands of emails per month – that’s completely true. But if you only wanted to send that single question or submit the single issue, then you can unsubscribe again quite soon and escape most of that load. Then YOU do the work instead of demanding someone else to do it for you. When you want to handle a SINGLE issue, it is much better load balancing if you do the extra work and the people who do tens or HUNDREDS of issues per month in the project do less work per issue.

6. You’re suggesting that I could forward the private question to the mailing list? Yes I can, but then I need to first ask for permission to do so (or be a jerk) and if the person who sent me the mail is going to send me another mail anyway, (s)he can just as well spend that time to send the first mail to the list instead of say YES to me and then make me do his or hers work. It’s just more efficient. Also, forwarded questions tend to end up so that replies and follow-up questions don’t find their way back to the original poster and that’s bad.

7. I propose and use different lists for different purposes to ease the problem with too many (uninteresting) emails.