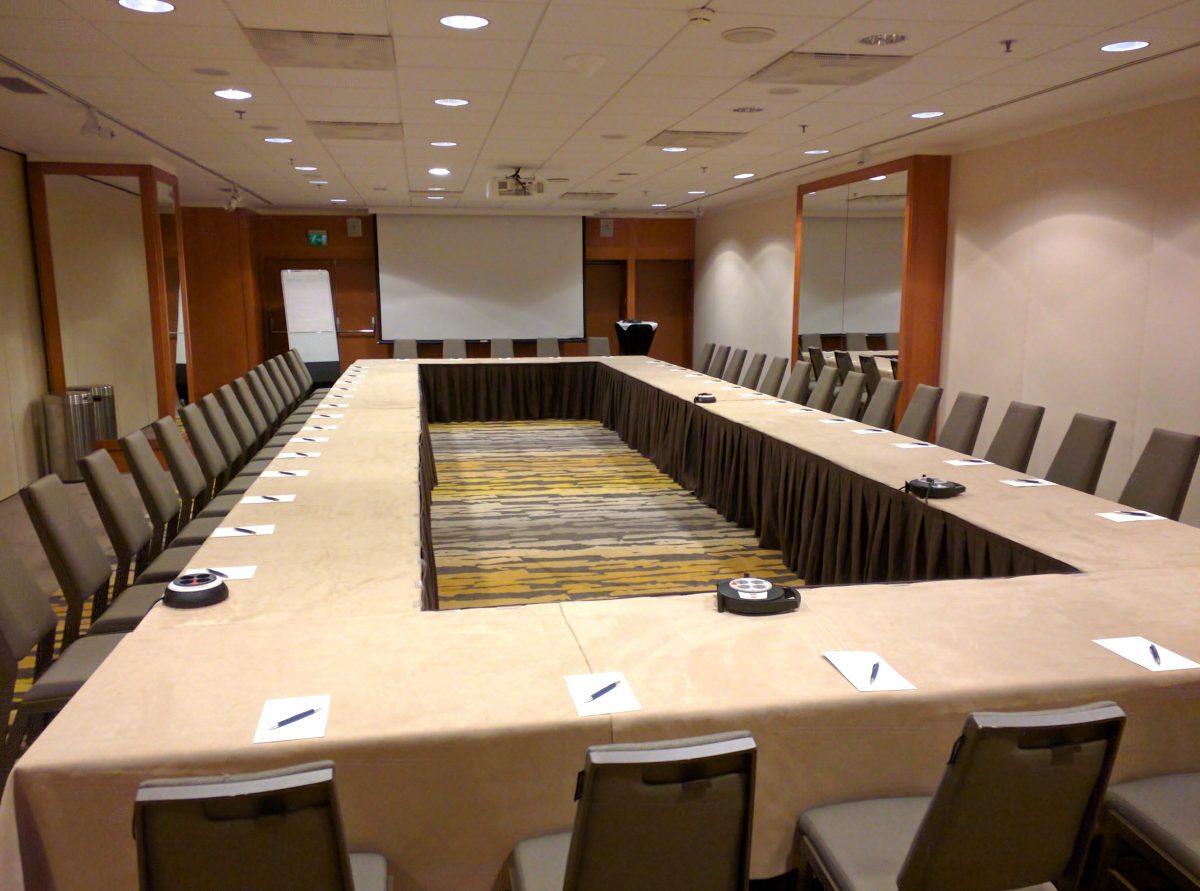 This fine morning started off with some news: Patrick is now our brand new official co-chair of the IETF HTTPbis working group!

Subodh then sat down and took us off on a presentation that really triggered a long and lively discussion. “Retry safety extensions” was his name of it but it involved everything from what browsers and HTTP clients do for retrying with no response and went on to also include replaying problems for 0-RTT protocols such as TLS 1.3.

Julian did a short presentation on http headers and his draft for JSON in new headers and we quickly fell down a deep hole of discussions around various formats with ups and downs on them all. The general feeling seems to be that JSON will not be a good idea for headers in spite of a couple of good characteristics, partly because of its handling of duplicate field entries and how it handles or doesn’t handle numerical precision (ie you can send “100” as a monstrously large floating point number).

Mike did a presentation he called “H2 Regrets” in which he covered his work on a draft for support of client certs which was basically forbidden due to h2’s ban of TLS renegotiation, he brought up the idea of extended settings and discussed the lack of special handling dates in HTTP headers (why we send 29 bytes instead of 4). Shows there are improvements to be had in the future too!

Martin talked to us about Blind caching and how the concept of this works. Put very simply: it is a way to make it possible to offer cached content for clients using HTTPS, by storing the data in a 3rd host and pointing out that data to the client. There was a lengthy discussion around this and I think one of the outstanding questions is if this feature is really giving as much value to motivate the rather high cost in complexity…

The list of remaining Lightning Talks had grown to 10 talks and we fired them all off at a five minutes per topic pace. I brought up my intention and hope that we’ll do a QUIC library soon to experiment with. I personally particularly enjoyed EKR’s TLS 1.3 status summary. I heard appreciation from others and I agree with this that the idea to feature lightning talks was really good.

With this, the HTTP Workshop 2016 was officially ended. There will be a survey sent out about this edition and what people want to do for the next/future ones, and there will be some sort of  report posted about this event from the organizers, summarizing things.

The companies with most attendees present here were: Mozilla 5, Google 4, Facebook, Akamai and Apple 3.

The attendees were from the following regions of the world: North America 19, Europe 15, Asia/pacific 6.

38 participants were male and 2 female.

I believe 40 is about as many as you can put in a single room and still have discussions. Going larger will make it harder to make yourself heard as easily and would probably force us to have to switch to smaller groups more and thus not get this sort of great dynamic flow. I’m not saying that we can’t do this smaller or larger, just that it would have to make the event different.

I had an awesome few days and I loved all of it. It was a pleasure organizing this and I’m happy that Stockholm showed its best face weather wise during these days. I was also happy to hear that so many people enjoyed their time here in Sweden. The hotel and its facilities, including food and coffee etc worked out smoothly I think with no complaints at all.

Hope to see again on the next HTTP Workshop! 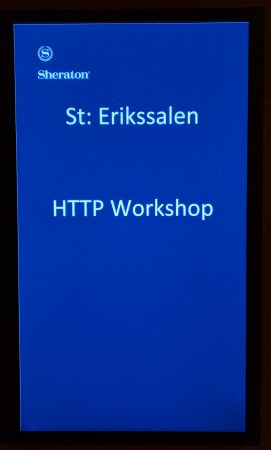 At 5pm we rounded off another fully featured day at the HTTP workshop. Here’s some of what we touched on today:

I then got the honor to present the state of the TCP Tuning draft (which I’ve admittedly been neglecting a bit lately), the slides are here. I made it brief but I still got some feedback and in general this is a draft that people seem to agree is a good idea – keep sending me your feedback and help me improve it. I just need to pull myself together now and move it forward. I tried to be quick to leave over to…

Jana, who was back again to tell us about QUIC and the state of things in that area. His presentation apparently was a subset of slides he presented last week in the Berlin IETF. One interesting take-away for me, was that they’ve noticed that the amount of connections for which they detect UDP rate limiting on, has decreased with 2/3 during the last year!

Here’s my favorite image from his slide set. Apparently TCP/2 is not a name for QUIC that everybody appreciates! 😉 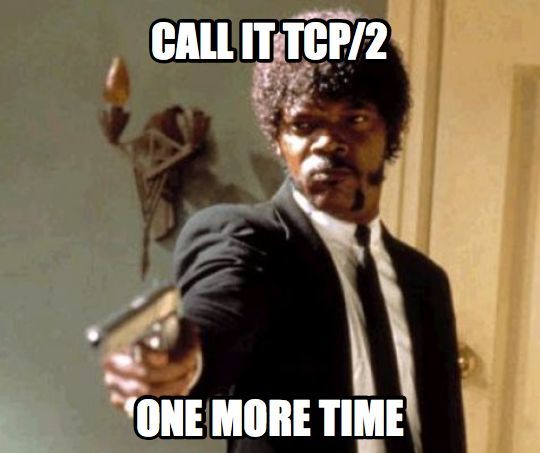 While I think the topic of QUIC piqued the interest of most people in the room and there were a lot of questions, thoughts and ideas around the topic we still managed to get the lunch break pretty much in time and we could run off and have another lovely buffet lunch. There’s certainly no risk for us loosing weight during this event…

After lunch we got ourselves a series of Lightning talks presented for us. Seven short talks on various subjects that people had signed up to do

One of the lightning talks that stuck with me was what I would call the idea about an extended Happy Eyeballs approach that I’d like to call Even Happier Eyeballs: make the client TCP connect to all IPs in a DNS response and race them against each other and use the one that responds with a SYN-ACK first. There was interest expressed in the room to get this concept tested out for real in at least one browser.

We then fell over into the area of HTTP/3 ideas and what the people in the room think we should be working on for that. It turned out that the list of stuff we created last year at the workshop was still actually a pretty good list and while we could massage that a bit, it is still mostly the same as before.

Anne presented fetch and how browsers use HTTP. Perhaps a bit surprising that soon brought us over into the subject of trailers, how to support that and voilá, in the end we possibly even agreed that we should perhaps consider handling them somehow in browsers and even for javascript APIs… ( nah, curl/libcurl doesn’t have any particular support for trailers, but will of course get that if we’ll actually see things out there start to use it for real)

I think we deserved a few beers after this day! The final workshop day is tomorrow.