l has been shipped by default on Mac OS X since many years – I actually couldn’t even manage to figure out exactly how many. It is built and bundled with the operating system by Apple itself and on Apple’s own terms and even though I’m the main curl developer I’ve never discussed this with them or even been asked or told about their plans. I’m not complaining, our license allows this and I’m nothing but happy with them shipping curl to millions of Mac users. 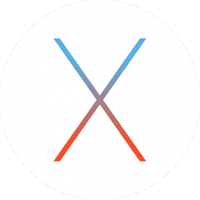 Originally, curl on Mac was built against OpenSSL for the TLS and SSL support, but over time our friends at Apple have switched more and more of their software over to use their own TLS and crypto library Secure Transport instead of OpenSSL. A while ago Apple started bundling curl built to use the native mac TLS library instead of OpenSSL.

As you may know, when you build curl you can select from eleven different TLS libraries and one of them of course is Secure Transport. Support for this TLS back-end in curl was written by curl hackers, but it apparently got to a quality level good enough for Apple to decide to build curl with this back-end and ship it like that.

The Secure Transport back-end is rather capable and generally doesn’t cause many reasons for concern. There’s however one notable little glitch that people keep asking me about…

There are two obvious reasons why not, and they are:

1. No ALPN with Secure Transport

Secure Transport doesn’t offer any public API to enable HTTP/2 with ALPN when speaking HTTPS. Sure, we know Apple supports HTTP/2 already in several other aspects in their ecosystem and we can check their open code so we know there’s support for HTTP/2 and ALPN. There’s just no official APIs for us to use to switch it on!

So, if you insist on building curl to use Secure Transport instead of one of the many alternatives that actually support ALPN just fine, then you can’t negotiate HTTP/2 over TLS!

Even without ALPN support, you could actually still negotiate HTTP/2 over plain text TCP connections if you have a server that supports it. But even then curl depends on the awesome nghttp2 library to provide the frame level protocol encoding/decoding and more. If Apple would decide to enable HTTP/2 support for curl on Mac OS, they need to build it against nghttp2. I really think they should.

Homebrew and friends to the rescue!

Correct. You can still install your own separate curl binary (and libcurl library) from other sources, like for example Homebrew or Macports and they do offer versions built against other TLS back-ends and nghttp2 and then of course HTTP/2 works just fine with curl on mac.

Did I file a bug with Apple?

No, but I know for certain that there has been a bug report filed by someone else. Unfortunately it isn’t public so I can’t link nor browse it.