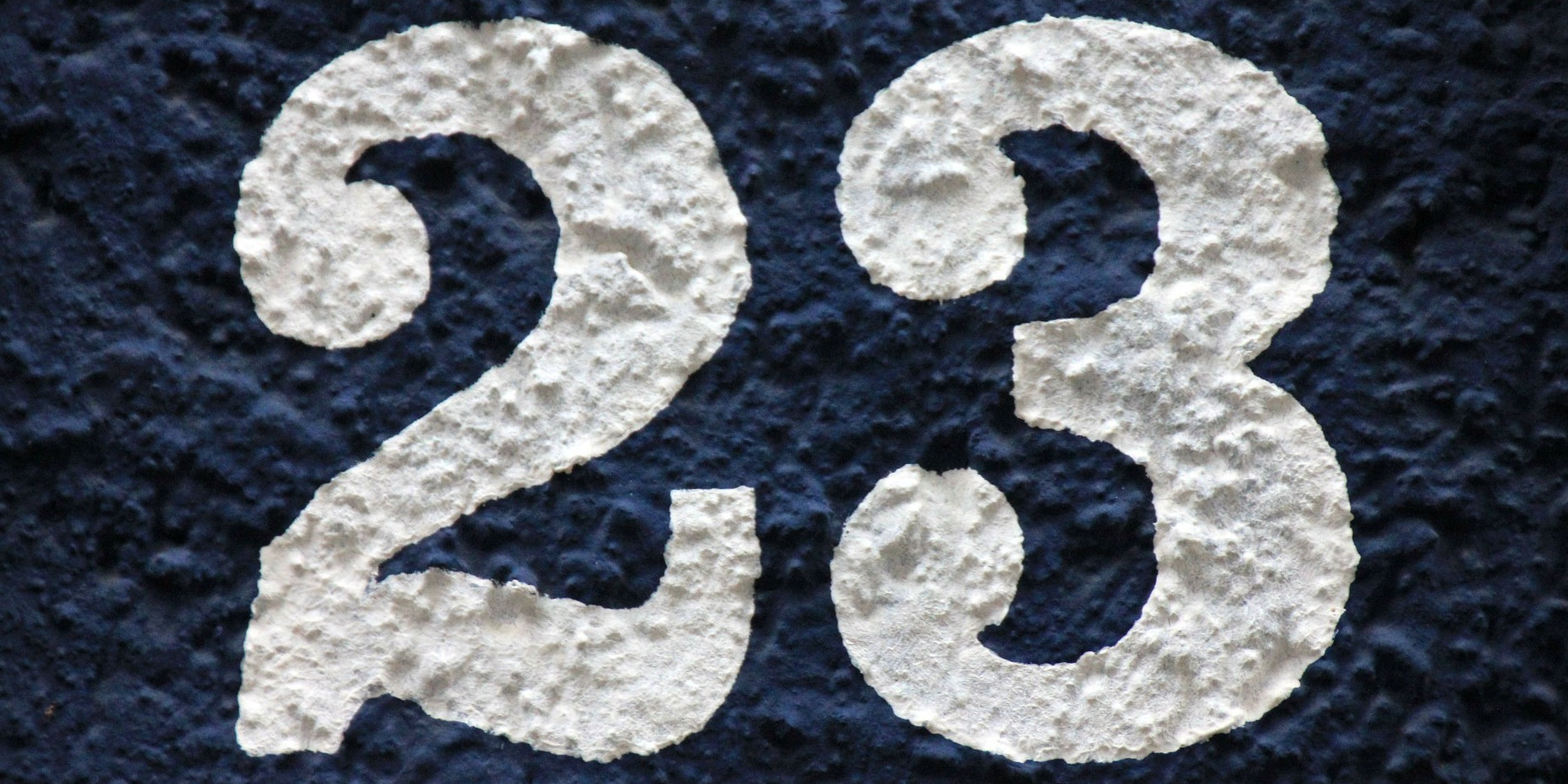 curl’s official birthday was March 20, 1998. That was the day the first ever tarball was made available that could build a tool named curl. I put it together and I called it curl 4.0 since I kept the version numbering from the previous names I had used for the tool. Or rather, I bumped it up from 3.12 which was the last version I used under the previous name: urlget.

Of course curl wasn’t created out of thin air exactly that day. The history can be traced back a little over a year earlier: On November 11, 1996 there was a tool named httpget released. It was developed by Rafael Sagula and this was the project I found and started contributing to. httpget 0.1 was less than 300 lines of a single C file. (The earliest code I still have source to is httpget 1.3, found here.)

I’ve said it many times before but I started poking on this project because I wanted to have a small tool to download currency rates regularly from a web site site so that I could offer them in my IRC bot’s currency exchange.

Small and quick decisions done back then, that would later make a serious impact on and shape my life. curl has been one of my main hobbies ever since – and of course also a full-time job since a few years back now.

On that exact same November day in 1996, the first Wget release shipped (1.4.0). That project also existed under another name prior to its release – and remembering back I don’t think I knew about it and I went with httpget for my task. Possibly I found it and dismissed it because of its size. The Wget 1.4.0 tarball was 171 KB.

After a short while, I took over as maintainer of httpget and expanded its functionality further. It subsequently was renamed to urlget when I added support for Gopher and FTP (driven by the fact that I found currency rates hosted on such servers as well). In the spring of 1998 I added support for FTP upload as well and the name of the tool was again misleading and I needed to rename it once more.

Naming things is really hard. I wanted a short word in classic Unix style. I didn’t spend an awful lot of time, as I thought of a fun word pretty soon. The tool works on URLs and it is an Internet client-side tool. ‘c’ for client and URL made ‘cURL’ seem pretty apt and fun. And short. Very “unixy”.

I already then wanted curl to be a citizen in the Unix tradition of using pipes and stdout etc. I wanted curl to work mostly like the cat command but for URLs so it would by default send the URL to stdout in the terminal. Just like cat does. It would then let us “see” the contents of that URL. The letter C is pronounced as see, so “see URL” also worked. In my pun-liking mind I didn’t need more. (but I still pronounce it “kurl”!)

I packaged curl 4.0 and made it available to the world on that Friday. Then at 2,200 lines of code. In the curl 4.8 release that I did a few months later, the THANKS file mentions 7 contributors who had helped out. It took us almost seven years to reach a hundred contributors. Today, that file lists over 2,300 names and we add a few hundred new entries every year. This is not a solo project!

curl was not a massive success or hit. A few people found it and 14 days after that first release I uploaded 4.1 with a few bug-fixes and a multi-decade tradition had started: keep on shipping updates with bug-fixes. “ship early and often” is a mantra we’ve stuck with.

Later in 1998 when we had done more than 15 releases, the web page featured this excellent statement:

I never had any world-conquering ideas or blue sky visions for the project and tool. I just wanted it to do Internet transfers good, fast and reliably and that’s what I worked on making reality.

To better provide good Internet transfers to the world, we introduced the library libcurl, shipped for the first time in the summer of 2000 and that then enabled the project to take off at another level. libcurl has over time developed into a de-facto internet transfer API.

Today, at its 23rd birthday that is still mostly how I view the main focus of my work on curl and what I’m here to do. I believe that if I’ve managed to reach some level of success with curl over time, it is primarily because of one particular quality. A single word:

We hold out. We endure and keep polishing. We’re here for the long run. It took me two years (counting from the precursors) to reach 300 downloads. It took another ten or so until it was really widely available and used.

In 2008, the curl website served about 100 GB data every month. This months it serves 15,600 GB – which interestingly is 156 times more data over 156 months! But most users of course never download anything from our site but they get curl from their distro or operating system provider.

curl was adopted in Red Hat Linux in late 1998, became a Debian package in May 1999, shipped in Mac OS X 10.1 in August 2001. Today, it is also shipped by default in Windows 10 and in iOS and Android devices. Not to mention the game consoles, Nintendo Switch, Xbox and Sony PS5.

Amusingly, libcurl is used by the two major mobile OSes but not provided as an API by them, so lots of apps, including many extremely large volume apps bundle their own libcurl build: YouTube, Skype, Instagram, Spotify, Google Photos, Netflix etc. Meaning that most smartphone users today have many separate curl installations in their phones.

Further, libcurl is used by some of the most played computer games of all times: GTA V, Fortnite, PUBG mobile, Red Dead Redemption 2 etc.

libcurl powers media players and set-top boxes such as Roku, Apple TV by maybe half a billion TVs.

curl and libcurl ships in virtually every Internet server and is the default transfer engine in PHP, which is found in almost 80% of the world’s almost two billion websites.

Cars are Internet-connected now. libcurl is used in virtually every modern car these days to transfer data to and from the vehicles.

A few times over the years I’ve tried to see if curl could join an umbrella organization, but none has accepted us and I think it has all been for the best in the end. We are completely alone and independent, from organizations and companies. We do exactly as we please and we’re not following anyone else’s rules. Over the last few years, sponsorships and donations have really accelerated and we’re in a good position to pay large rewards for bug-bounties and more.

The fact that I and wolfSSL offer commercial curl support has only made curl stronger I believe: it lets me spend even more time working on curl and it makes more companies feel safer with going with curl, which in the end makes it better for all of us.

Our most important job is to “not rock the boat”. To provide the best and most solid Internet transfer library you can find, on as many platforms as possible.

But to remain attractive we also need to follow with the times and adapt to new protocols and new habits as they emerge. Support new protocol versions, enable better ways to do things and over time deprecate the bad things in responsible ways to not hurt users.

In the short term I think we want to work on making sure HTTP/3 works, make the Hyper backend really good and see where the rustls backend goes.

After 23 years we still don’t have any grand blue sky vision or road map items to guide us much. We go where Internet and our users lead us. Onward and upward!

Over the last few days ahead of this birthday, I’ve tweeted 23 “curl numbers” from the project using the #curl23 hashtag. Those twenty-three numbers and facts are included below.

2,348 contributors have helped out making curl to what it is as it turns 23 years old

15,000 spare time hours have been spent by Daniel on the curl project as it turns 23 years old

4,400 USD have been paid out in total for bug-bounties as curl turns 23 years old

1,327,449 is the total word count for all the relevant RFCs to read for curl’s operations as curl turns 23 years old

Image by AnnaER from Pixabay