This time we announce no less than 5 separate security advisories and we are once again setting a new bug-bounty record. This release cycle we spent 4,200 USD on rewarding security researchers.

Let’s do them in numerical order. Click the CVE links to get to the full and much more detailed advisories.

This was one of the problems we found that that all together made us take the drastic decision to completely remove metalink support.

The metalink format has a hash for the content so that a client can detect faulty contents. curl didn’t act properly if the has mismatched and it could easily make users not realize the bad content.

If you download the metalink file using credentials, the subsequent download(s) of the file mentioned in that XML file will also get the same credentials passed to those servers, unexpectedly, thus potentially leaking sensitive information to other parties!

libcurl keeps previously used connections in a connection pool for subsequent transfers to reuse, if one of them matches the setup.

Due to errors in the logic, the config matching function did not take ‘issuer cert’ into account and it compared the involved paths case insensitively, which could lead to libcurl reusing wrong connections!

Possibly the most embarrassing security flaw in a long time.

When we shipped 7.77.0 we announced CVE-2021-22898, which was a flaw in the telnet code and an associated fix. Know what? The fix was incomplete and plain wrong so the original problem actually remained for a certain set of input.

This is thus the second advisory for the same problem and now we fix this again. Hopefully for real and for good this time…

When libcurl is built to use the macOS native TLS library Secure Transport, an application can ask for the client certificate by name or with a file name – using the same option. If the name exists as a file, it will be used instead of by name. This could be exploited in rare circumstances.

The six big changes this time around are:

curl_url_set now rejects spaces in the URL unless specifically asked to allow them.

CURLE_SETOPT_OPTION_SYNTAX is a brand new return code (name) for when libcurl detects an illegally formatted input passed to a setopt(), when it is detected later in the transfer.

The mbedTLS backend now supports client certificate and key provided as “blob options” in memory instead of as files.

Now username and password can be used for MQTT transfers.

I’m doing this release in the midst of my vacation so I’m doing this section a little shorter than usual. Here are some bug-fixes to highlight:

Travis CI is gone. Zuul and Circle CI are in.

GnuTLS: set the preferred TLS versions in correct order. Previously the occasional TLS connection would fail because of the wrong way the code would instruct GnuTLS…

on macOs: free returned memory of SCDynamicStoreCopyProxies. A small memory leak on Apple operating systems, possibly as many as one per name resolve?

HSTS: not experimental anymore. It is now built and provided by default.

netrc: skip ‘macdef’ definitions. The netrc parser is ancient but it turned out this kind of macro use could threw it off.

OpenSSL: don’t remove session id entry in disassociate. We had a regression that basically killed session-id use and made subsequent TLS handshakes to the same host much slower.

The plans says we ship the next release on September 15th 2021. See you then!

I’m proud and happy to mention that curl just passed the magic limit of 100,000 USD in raised sponsorship money. Or call it donations if you want. Since April 2018. That’s about 40 months.

A grand total of 440 awesome organizations and individuals have donated money to the curl project since we started our Open Collective fund, at almost 1300 separate occasions. It makes the averages to be about 77 USD per donation and 230 USD per sponsor. As usual, there’s a very long tail of single sponsors that donated a small amount and there’s a small set of sponsors who have donated lots of money many times.

We use donated money primarily for the bug-bounty, but recently we also spread sticker love across the world with the help of donated funds. The fund will also be used to pay for our annual developer meetups (that have been paused during covid) and potentially for some hardware and other infrastructure to aid the project and it’s core contributors.

Note: that we also have a set of sponsors who fund services and infrastructure directly for us without funneling the money through us. The shear value of those services are in several instances even greater in total than what the largest monetary contributors have given us.

This counts the 100K USD net amount that ended up in our fund. That is with the fees involved already deducted. Gross, that means we were given more than 100K already.

Before Open Collective you ask?

We never saw any serious donations to speak of before we started this collective. Before then we received the occasional donations to my PayPal account but they were very spurious and very far apart and never amounted to any “real money”.

I want to take this opportunity and remind readers that curl is a totally independent and stand-alone project. We’re not part of any larger/umbrella organization and we’re not run or owned by any company. It gives us total freedom to do whatever we want but it also means we need to fund things ourselves and find our own benefactors. Fortunately, we have many friends! 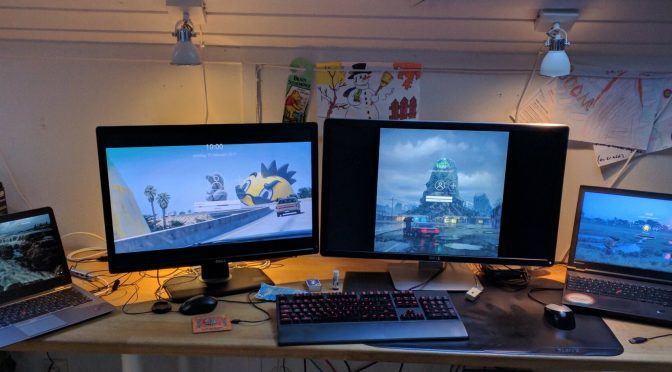 Not a lot changed this year compared to last year. Perhaps the biggest three changes this year were that

2. NSS and GnuTLS both had their usage shares among used TLS libraries fall significantly.

Much more details can be found in the linked PDF. Enjoy.