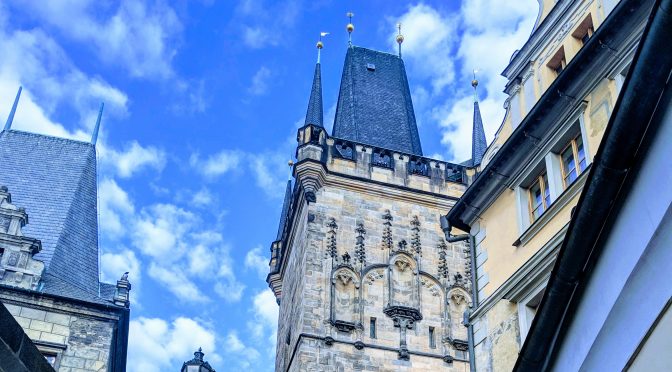 (I will update this blog post with more links to videos and PDFs to presentations as they get published, so come back later in case your favorite isn’t linked already.)

The third curl developers conference, curl up 2019, is how history. We gathered in the lovely Charles University in central Prague where we sat down in an excellent class room. After the HTTP symposium on the Friday, we spent the weekend to dive in deeper in protocols and curl details.

I started off the Saturday by The state of the curl project (youtube). An overview of how we’re doing right now in terms of stats, graphs and numbers from different aspects and then something about what we’ve done the last year and a quick look at what’s not do good and what we could work on going forward.

James Fuller took the next session and his Newbie guide to contributing to libcurl presentation. Things to consider and general best practices to that could make your first steps into the project more likely to be pleasant!

Long term curl hacker Dan Fandrich (also known as “Daniel two” out of the three Daniels we have among our top committers) followed up with Writing an effective curl test where the detailed what different tests we have in curl, what they’re for and a little about how to write such tests.

After that I was back behind the desk in the classroom that we used for this event and I talked The Deprecation of legacy crap (Youtube). How and why we are removing things, some things we are removing and will soon remove and finally a little explainer on our new concept and handling of “experimental” features.

Igor Chubin then explained his new protect for us: curlator: a framework for console services (Youtube). It’s a way and tooling that makes it easier to provide access to shell and console oriented services over the web, using curl.

Me again. Governance, money in the curl project and someone offering commercial support (Youtube) was a presentation about how we intend for the project to join a legal entity SFC, and a little about money we have, what to spend it on and how I feel it is good to keep the project separate from any commercial support ventures any of us might do!

While the list above might seems like more than enough, the day wasn’t over. Christian Schmitz also did his presentation on Using SSL root certificate from Mac/Windows.

Our local hero organizer James Fuller then spoiled us completely when we got around to have dinner at a monastery with beer brewing monks and excellent food. Good food, good company and curl related dinner subjects. That’s almost heaven defined!

Daylight saving time morning and you could tell. I’m sure it was not at all related to the beers from the night before…

James Fuller fired off the day by talking to us about Curlpipe (github), a DSL for building http execution pipelines.

Robin Marx then put in the next gear and entertained us another hour with a protocol deep dive titled HTTP/3 (QUIC): the details (slides). For me personally this was a exactly what I needed as Robin clearly has kept up with more details and specifics in the QUIC and HTTP/3 protocols specifications than I’ve managed and his talk help the rest of the room get at least little bit more in sync with current development.

Jakub Nesetril and Lukáš Linhart from Apiary then talked us through what they’re doing and thinking around web based APIs and how they and their customers use curl: Real World curl usage at Apiary.

Then I was up again and I got to explain to my fellow curl hackers about HTTP/3 in curl. Internal architecture, 3rd party libs and APIs.

Jakub Klímek explained to us in very clear terms about current and existing problems in his talk IRIs and IDNs: Problems of non-ASCII countries. Some of the problems involve curl and while most of them have their clear explanations, I think we have to lessons to learn from this: URLs are still as messy and undocumented as ever before and that we might have some issues to fix in this area in curl.

To bring my fellow up to speed on the details of the new API introduced the last year I then made a presentation called The new URL API.

Clearly overdoing it for a single weekend, I then got the honors of doing the last presentation of curl up 2019 and for an audience that were about to die from exhaustion I talked Internals. A walk-through of the architecture and what libcurl does when doing a transfer.

I ended up doing seven presentations during this single weekend. Not all of them stellar or delivered with elegance but I hope they were still valuable to some. I did not steal someone else’s time slot as I would gladly have given up time if we had other speakers wanted to say something. Let’s aim for more non-Daniel talkers next time!

A weekend like this is such a boost for inspiration, for morale and for my ego. All the friendly faces with the encouraging and appreciating comments will keep me going for a long time after this.

Thank you to our awesome and lovely event sponsors – shown in the curl up logo below! Without you, this sort of happening would not happen.

I will of course want to see another curl up next year. There are no plans yet and we don’t know where to host. I think it is valuable to move it around but I think it is even more valuable that we have a friend on the ground in that particular city to help us out. Once this year’s event has sunken in properly and a month or two has passed, the case for and organization of next year’s conference will commence. Stay tuned, and if you want to help hosting us do let me know!