The 2019 HTTP Workshop ended today. In total over the years, we have now done 12 workshop days up to now. This day was not a full day and we spent it on only two major topics that both triggered long discussions involving large parts of the room.

Mike West kicked off the morning with his cookies are bad presentation.

One out of every thousand cookie header values is 10K or larger in size and even at the 50% percentile, the size is 480 bytes. They’re a disaster on so many levels. The additional features that have been added during the last decade are still mostly unused. Mike suggests that maybe the only way forward is to introduce a replacement that avoids the issues, and over longer remove cookies from the web: HTTP state tokens.

A lot of people in the room had opinions and thoughts on this. I don’t think people in general have a strong love for cookies and the way they currently work, but the how-to-replace-them question still triggered lots of concerns about issues from routing performance on the server side to the changed nature of the mechanisms that won’t encourage web developers to move over. Just adding a new mechanism without seeing the old one actually getting removed might not be a win.

We should possibly “worsen” the cookie experience over time to encourage switch over. To cap allowed sizes, limit use to only over HTTPS, reduce lifetimes etc, but even just that will take effort and require that the primary cookie consumers (browsers) have a strong will to hurt some amount of existing users/sites.

(Related: Mike is also one of the authors of the RFC6265bis draft in progress – a future refreshed cookie spec.)

Mike Bishop did an excellent presentation of HTTP/3 for HTTP people that possibly haven’t kept up fully with the developments in the QUIC working group. From a plain HTTP view, HTTP/3 is very similar feature-wise to HTTP/2 but of course sent over a completely different transport layer. (The HTTP/3 draft.)

Most of the questions and discussions that followed were rather related to the transport, to QUIC. Its encryption, it being UDP, DOS prevention, it being “CPU hungry” etc. Deploying HTTP/3 might be a challenge for successful client side implementation, but that’s just nothing compared the totally new thing that will be necessary server-side. Web developers should largely not even have to care…

One tidbit that was mentioned is that in current Firefox telemetry, it shows about 0.84% of all requests negotiates TLS 1.3 early data (with about 12.9% using TLS 1.3)

Thought-worthy quote of the day comes from Willy: “everything is a buffer”

There’s no next workshop planned but there might still very well be another one arranged in the future. The most suitable interval for this series isn’t really determined and there might be reasons to try tweaking the format to maybe change who will attend etc.

The fact that almost half the attendees this time were newcomers was certainly good for the community but that not a single attendee traveled here from Asia was less good.

Thanks to the organizers, the program committee who set this up so nicely and the awesome sponsors! 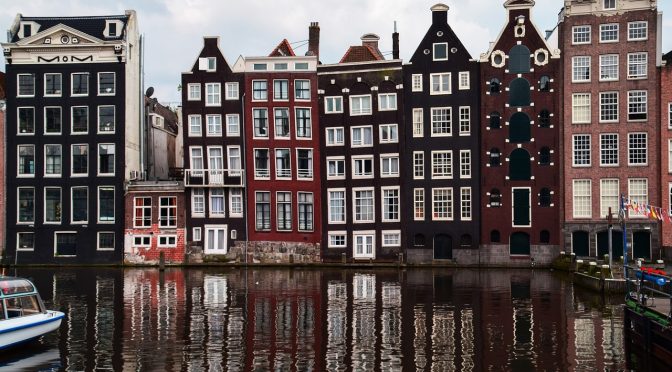 Yesterday we plowed through a large and varied selection of HTTP topics in the Workshop. Today we continued. At 9:30 we were all in that room again. Day two.

Martin Thomson talked about his “hx” proposal and how to refer to future responses in HTTP APIs. He ended up basically concluding that “This is too complicated, I think I’m going to abandon this” and instead threw in a follow-up proposal he called “Reverse Javascript” that would be a way for a client to pass on a script for the server to execute! The room exploded in questions, objections and “improvements” to this idea. There are also apparently a pile of prior art in similar vein to draw inspiration from.

With the audience warmed up like this, Anne van Kasteren took us back to reality with an old favorite topic in the HTTP Workshop: websockets. Not a lot of love for websockets in the room… but this was the first of several discussions during the day where a desire or quest for bidirectional HTTP streams was made obvious.

Woo Xie did a presentation with help from Alan Frindell about Extending h2 for Bidirectional Messaging and how they propose a HTTP/2 extension that adds a new frame to create a bidirectional stream that lets them do messaging over HTTP/2 fine. The following discussion was slightly positive but also contained alternative suggestions and references to some of the many similar drafts for bidirectional and p2p connections over http2 that have been done in the past.

Lucas Pardue and Nick Jones did a presentation about HTTP/2 Priorities, based a lot of research previously done and reported by Pat Meenan. Lucas took us through the history of how the priorities ended up like this, their current state and numbers and also the chaos and something about a possible future, the h3 way of doing prio and mr Meenan’s proposed HTTP/3 prio.

Nick’s second half of the presentation then took us through Cloudflare’s Edge Driven HTTP/2 Prioritisation work/experiments and he showed how they could really improve how prioritization works in nginx by making sure the data is written to the socket as late as possible. This was backed up by audience references to the TAPS guidelines on the topic and a general recollection that reducing the number connections is still a good idea and should be a goal! Server buffering is hard.

Asbjørn Ulsberg presented his case for a new request header: prefer-push. When used, the server can respond to the request with a series of pushed resources and thus save several round-rips. This triggered sympathy in the room but also suggestions of alternative approaches.

Alan Frindell presented Partial POST Replay. It’s a rather elaborate scheme that makes their loadbalancers detect when a POST to one of their servers can’t be fulfilled and they instead replay that POST to another backend server. While Alan promised to deliver a draft for this, the general discussion was brought up again about POST and its “replayability”.

Willy Tarreau followed up with a very similar topic: Retrying failed POSTs. In this this context RFC 2310 – The Safe Response Header Field was mentioned and that perhaps something like this could be considered for requests? The discussion certainly had similarities and overlaps with the SEARCH/POST discussion of yesterday.

Mike West talked about Fetch Metadata Request Headers which is a set of request headers explaining for servers where and what for what purpose requests are made by browsers. He also took us through a brief explained of Origin Policy, meant to become a central “resource” for a manifest that describes properties of the origin.

Mark Nottingham presented Structured Headers (draft). This is a new way of specifying and parsing HTTP headers that will make the lives of most HTTP implementers easier in the future. (Parts of the presentation was also spent debugging/triaging the most weird symptoms seen when his Keynote installation was acting up!) It also triggered a smaller side discussion on what kind of approaches that could be taken for HPACK and QPACK to improve the compression ratio for headers.

Yoav Weiss described the current status of client hints (draft). This is shipped by Chrome already and he wanted more implementers to use it and tell how its working.

Roberto Peon presented an idea for doing “Partialy-Reliable HTTP” and after his talk and a discussion he concluded they will implement it, play around and come back and tell us what they’ve learned.

Mark Nottingham talked about HTTP for CDNs. He has this fancy-looking test suite in progress that checks how things are working and what is being supported and there are two drafts in progress: the cache response header and the proxy status header field.

Willy Tarreau talked about a race problem he ran into with closing HTTP/2 streams and he explained how he worked around it with a trailing ping frame and suggested that maybe more users might suffer from this problem.

The oxygen level in the room was certainly not on an optimal level at this point but that didn’t stop us. We knew we had a few more topics to get through and we all wanted to get to the boat ride of the evening on time. So…

Hooman Beheshti polled the room to get a feel for what people think about Early hints. Are people still on board? Turns out it is mostly appreciated but not supported by any browser and a discussion and explainer session followed as to why this is and what general problems there are in supporting 1xx headers in browsers. It is striking that most of us HTTP people in the room don’t know how browsers work! Here I could mention that Cory said something about the craziness of this, but I forget his exact words and I blame the fact that they were expressed to me on a boat. Or perhaps that the time is already approaching 1am the night after this fully packed day.

Good follow-up reads from that discussion is Yoav’s blog post A Tale of Four Caches and Jake Archibalds’s HTTP/2 Push is tougher than I thought.

As the final conversation of the day, Anne van Kesteren talked about Response Sources and the different ways a browser can do requests and get responses.

Thanks again to Cory Benfield for feeding me his notes of the day to help me keep things straight. All mistakes are mine. But if you tell me about them, I will try to correct the text!