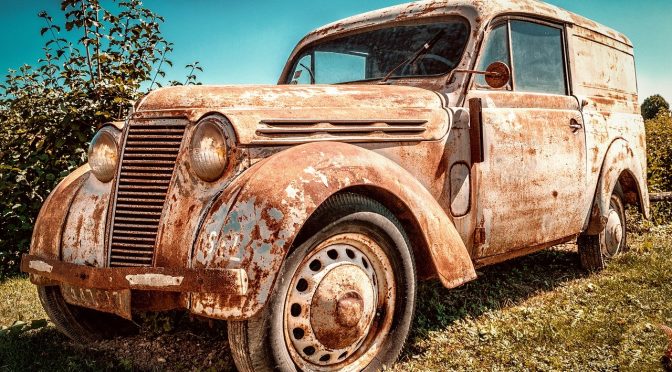 tldr: work has started to make Hyper work as a backend in curl for HTTP.

curl and its data transfer core, libcurl, is all written in C. The language C is known and infamous for not being memory safe and for being easy to mess up and as a result accidentally cause security problems.

At the same time, C compilers are very widely used and available and you can compile C programs for virtually every operating system and CPU out there. A C program can be made far more portable than code written in just about any other programming language.

curl is a piece of “insecure” C code installed in some ten billion installations world-wide. I’m saying insecure within quotes because I don’t think curl is insecure. We have our share of security vulnerabilities of course, even if I think the rate of them getting found has been drastically reduced over the last few years, but we have never had a critical one and with the help of busloads of tools and humans we find and fix most issues in the code before they ever land in the hands of users. (And “memory safety” is not the single explanation for getting security issues.)

I believe that curl and libcurl will remain in wide use for a long time ahead: curl is an established component and companion in scripts and setups everywhere. libcurl is almost a de facto standard in places for doing internet transfers.

A rewrite of curl to another language is not considered. Porting an old, established and well-used code base such as libcurl, which to a far degree has gained its popularity and spread due to a stable API, not breaking the ABI and not changing behavior of existing functionality, is a massive and daunting task. To the degree that so far it hasn’t been attempted seriously and even giant corporations who have considered it, have backpedaled such ideas.

Change, but not change

This preface above might make it seem like we’re stuck with exactly what we have for as long as curl and libcurl are used. But fear not: things are more complicated, or perhaps brighter, than it first seems.

What’s important to users of libcurl needs to be kept intact. We keep the API, the ABI, the behavior and all the documented options and features remain. We also need to continuously add stuff and keep up with the world going forward.

But we can change the internals! Refactor as the kids say.

Already today, you can build libcurl to use different “backends” for TLS, SSH, name resolving, LDAP, IDN, GSSAPI and HTTP/3.

A “backend” in this context is a piece of code in curl that lets you use a particular solution, often involving a specific third party library, for a certain libcurl functionality. Using this setup you can, for example, opt to build libcurl with one or more out of thirteen different TLS libraries. You simply pick the one(s) you prefer when you build it. The libcurl API remains the same to users, it’s just that some features and functionality might differ a bit. The number of TLS backends is of course also fluid over time as we add support for more libraries in the future, or even drop support for old ones as they fade away.

When building curl, you can right now make it use up to 33 different third party libraries for different functions. Many of them of course mutually exclusive, so no single build can use all 33.

Said differently: you can improve your curl and libcurl binaries without changing any code, by simply rebuilding it to use another backend combination.

libcurl as a glorified switch

With an extensive set of backends that use third party libraries, the job of libcurl to a large extent becomes to act as a switch between the provided stable external API and the particular third party library that does the heavy lifting.

libcurl as the rock, with a door and the entry rules written in stone. The backends can come and go, change and improve, but the applications outside the entrance won’t notice that. They get a stable API and ABI that they know and trust.

This setup provides a foundation and infrastructure to offer backends written in other languages as part of the package. As long as those libraries have APIs that are accessible to libcurl, libraries used by the backends can be written in any language – but since we’re talking about memory safety in this blog post the most obvious choices would probably be one of the modern and safe languages. For example Rust.

With a backend library written in Rust , libcurl would lean on such a component to do low level protocol work and presumably, by doing this it increases the chances of the implementations to be safe and secure.

Two of the already supported third party libraries in the world map image above are written in Rust: quiche and Mesalink.

Hyper as a backend for HTTP

Hyper is a HTTP library written in Rust. It is meant to be fast, accurate and safe, and it supports both HTTP/1 and HTTP/2.

As another step into this world of an ever-growing number of backends to libcurl, work has begun to make sure curl (optionally) can get built to use Hyper.

This work is gracefully funded by ISRG, perhaps mostly known as the organization behind Let’s Encrypt. Thanks!

I want to emphasize that this is early days. We know what we want to do, we know basically how to do it but from there to actually getting it done and providing it in source code to the world is a little bit of work that hasn’t been done. I’m set out to do it.

Hyper didn’t have a C API, they’re working on making one so that C based applications such as curl can actually use it. I do my best at providing feedback from my point of view, but as I’m not really into Rust much I can’t assist much with the implementation parts there.

Once there’s an early/alpha version of the API to try out, I will first make sure curl can get built to use Hyper, and then start poking on the code to start using it.

In that work I expect me to have to go back to the API with questions, feedback and perhaps documentation suggestions. I also anticipate challenges in switching libcurl internals to using this. Mostly small ones, but possibly also larger ones.

I have created a git branch and make my work on this public and accessible early on to let everyone who wants to, to keep up with the development. A first milestone will be the ability to run a single curl test case (any test case) successfully – unmodified. The branch is here: https://github.com/curl/curl/tree/bagder/hyper – beware that it will be rebased frequently.

There’s no deadline for this project and I don’t yet have any guesses as when there will be anything to test.

Rust itself is not there yet

This project is truly ground work for future developers to build upon as some of the issues dealt with in here should benefit others as well down the road. For example it immediately became obvious that Rust in general encourages to abort on out-of-memory issues, while this is a big nono when the code is used in a system library (such as curl).

I’m a bit vague on the details here because it’s not my expertise, but Rust itself can’t even properly clean up its memory and just returns error when it hits such a condition. Clearly something to fix before a libcurl with hyper could claim identical behavior and never to leak memory.

Will Hyper be used by default in a future curl build near you?

We’re going to work on the project to make that future a possibility with the mindset that it could benefit users.

If it truly happens involve many different factors (for example maturity, feature set, memory footprint, performance, portability and on-disk footprint…) and in particular it will depend a lot on the people that build and ship the curl packages you use – which isn’t the curl project itself as we only ship source code. I’m thinking of Linux and operating system distributions etc.

When it might happen we can’t tell yet as we’re still much too early in this process.

Still a lot of C

This is not converting curl to Rust.

Don’t be fooled into believing that we are getting rid of C in curl by taking this step. With the introduction of a Hyper powered backend, we will certainly reduce the share of C code that is executed in a typical HTTP transfer by a measurable amount (for those builds), but curl is much more than that.

It’s not even a given that the Hyper backend will “win” the competition for users against the C implementation on the platforms you care about. The future is not set.

Sure, why not? There are efforts to provide more backends written in Rust. Gradually, we might move into a future where less and less of the final curl and libcurl executable code was compiled from C.

How and if that will happen will of course depend on a lot of factors – in particular funding of the necessary work.

Can we drive the development in this direction even further? I think it is much too early to speculate on that. Let’s first see how these first few episodes into the coming decades turn out.

Image by Peter H from Pixabay