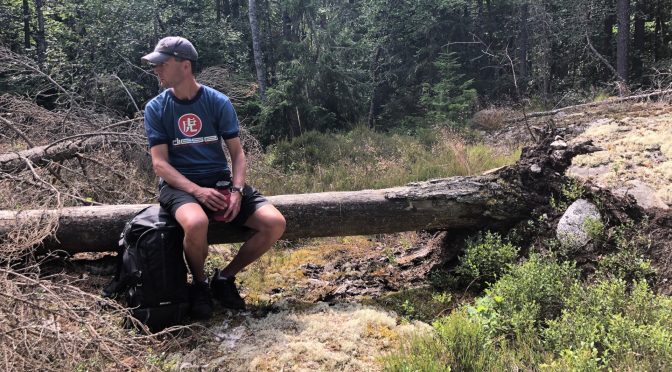 I work full time on open source and this is how.

I started learning how to program in my teens, well over thirty years ago and I’ve worked as a software engineer and developer since the early 1990s. My first employment as a developer was in 1993. I’ve since worked for and with lots of companies and I’ve worked on a huge amount of (proprietary) software products and devices over many years. Meaning: I certainly didn’t start my life open source. I had to earn it.

When I was 20 years old I did my (then mandatory) military service in Sweden. After having endured that, I applied to the university while at the same time I was offered a job at IBM. I hesitated, but took the job. I figured I could always go to university later – but life took other turns and I never did. I didn’t do a single day of university. I haven’t regretted it.

I learned to code in the mid 80s on a Commodore 64 and software development has been one of my primary hobbies ever since. One thing it taught me well, that I still carry with me, is to spend a few hours per day in front of my home computer.

And then I shipped curl

In the spring of 1998 I renamed my little pet project of the time again and I released the first ever curl release. I have told this story many times, but since then I have spent two hours or so of my spare time on that project – every day for over twenty years. While still working as a software engineer by day.

Over time, curl gradually grew popular and attracted more users. There was no sudden moment in time where I struck gold and everything took off. It was just slowly gaining ground while me and my fellow project members kept improving and polishing curl. At some point in time I happened to notice that curl and libcurl would appear in more and more acknowledgements and in open source license collections in products and devices.

It was still just a spare time project.

I’d like to emphasize that I worked as a contract and consultant developer for many years (over 20!), primarily on proprietary software and custom solutions, before I managed to land myself a position where I could primarily write open source as part of my job.

In 2014 I joined Mozilla and got the opportunity to work on the open source project Firefox for a living – and doing it entirely from my home. This was the first time in my career I actually spent most of my days on code that was made public and available to the world. They even allowed me to spend a part of my work hours on curl, even if that didn’t really help them and curl was not a fundamental part of any Mozilla work or products. It was still great.

I landed that job for Mozilla a lot thanks to my many years and long experience with portable network coding and running a successful open source project at this level.

My work setup with Mozilla made it possible for me to spend even more time on curl, apart from the (still going) two daily spare time hours. Nobody at Mozilla cared much about (my work with) curl and no one there even asked me about it. I worked on Firefox for a living.

For anyone wanting to do open source as part of their work, getting a job at a company that already does a lot of open source is probably the best path forward. Even if that might not be easy either, and it might also mean that you would have to accept working on some open source projects that you might not yourself be completely sold on.

In late 2018 I quit Mozilla, in part because I wanted to try to work with curl “for real” (and part other reasons that I’ll leave out here). curl was then already over twenty years old and was used more than ever before.

I now work for wolfSSL. We sell curl support and related services to companies. Companies pay wolfSSL, wolfSSL pays me a salary and I get food on the table. This works as long as we can convince enough companies that this is a good idea.

The vast majority of curl users out there of course don’t pay anything and will never pay anything. We just need a small number of companies to do it – and it seems to be working. We help customers use curl better, we make curl better for them and we make them ship better products this way. It’s a win win. And I can work on open source all day long thanks to this.

A normal day in the work week, I get up before 7 in the morning and I have breakfast with my family members: my wife and my two kids. Then I grab my first cup of coffee for the day and take the thirteen steps up the stairs to my “office”.

I sit down in front of my main development (Linux) machine with two 27″ screens and get to work.

What work and in what order?

I lead the curl project. It means many questions and decisions fall down to me to have an opinion about or say on, and it’s a priority for me to make sure that I unblock such situations as soon as possible so that developers wanting to do things with curl can continue doing that.

Thus, I read and respond to email about curl all hours I’m awake and have network access. Of course incoming messages actually rarely require immediate responses and then I can queue them up and instead do them later. I also try to read and assess all new incoming curl issues as soon as possible to see if there’s something urgent I should deal with immediately, or otherwise figure out how to deal with them going forward.

I usually have a set of bugs or features to work on so when there’s no alarming email or GitHub issue left, I context-switch over to the curl source code tree and the particular branch in which I work on right now. I typically have 20-30 different branches of development of various stages and maturity going on. If I get stuck on something, or if I create a pull-request for one of them that needs time to get all the CI jobs done, I switch over to one of the others.

Customers and their needs of course have priority when I decide what to work on. The exception would perhaps be security vulnerabilities or other really serious bugs being reported, but thankfully they are rare. But after that, I go by ear and work on what I think is fun and what I think users might appreciate.

If I want to go forward with something, for my own sake or for a customer’s, and that entails touching or improving other software in other projects, then I don’t shy away from submitting pull requests for them – or at least filing an issue.

Yes, I still spend my spare time hours on open source, mostly curl. This means I often end up spending 50-55 hours per week on curl and curl related activities. But I don’t count or measure work hours and I rarely have to report any to anyone. This is a work of love.

Lots of people will say that they don’t have time because of life, family, kids etc. I have of course been very fortunate over the years to have had the opportunity and ability to spend all this time on what I want to do, but let’s not forget that people in general spend lots of time on their hobbies; on watching TV, on playing computer games and on socializing with friends and why not: to sleep. If you cut down on all of those things (yes, including the sleeping) there could very well be opportunities. It’s often a question of priorities. I’ve made spare time development a priority in my life.

Any company that uses curl or libcurl – and they are plenty – could benefit from buying support from us instead of wasting their own time and resources. We at wolfSSL are probably much better at curl already and we can find and fix the issues much faster, which ends up cheaper and better long-term.

The top photo is taken by Anja Stenberg, my wife. It’s me in a local forest, summer 2020.