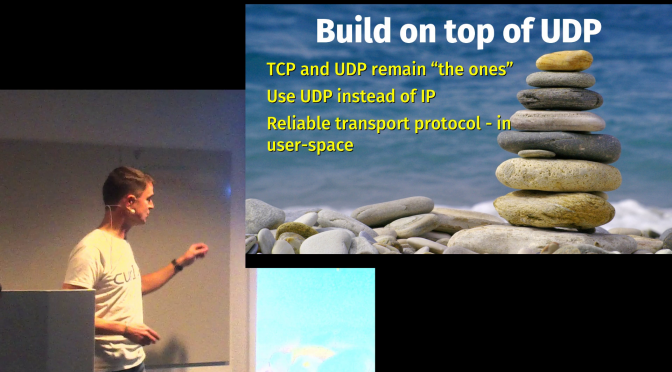 Yesterday, I had attracted audience enough to fill up the largest presentation room GOTO 10 has, which means about one hundred interested souls.

The subject of the day was HTTP/3. The event was filmed with a mevo camera and I captured the presentation directly from my laptop as well, and I then stitched together the two sources into this final version late last night. As you’ll notice, the sound isn’t awesome and the rest of the “production” isn’t exactly top notch either, but hey, I don’t think it matters too much.

The slide set can also be viewed on slideshare.