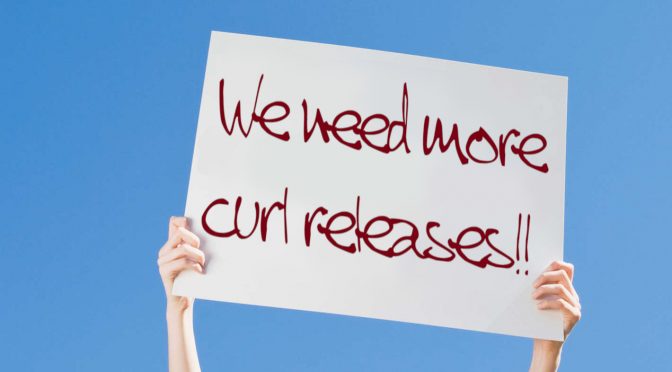 I have a lot of different hats and roles in the curl project. One of them is “release manager” and in this post I’ve tried to write down pretty much all the steps I do to prepare and ship a curl release at the end of every release cycle in the project.

I’ve handled every curl release so far. All 198 of them. While the process certainly wasn’t this formal or extensive in the beginning, we’ve established a set of steps that have worked fine for us, that have been mostly unchanged for maybe ten years by now.

There’s nothing strange or magic about it. Just a process.

A typical cycle between two releases starts on a Wednesday when we do a release. We always release on Wednesdays. A complete and undisturbed release cycle is always exactly 8 weeks (56 days).

The cycle starts with us taking the remainder of the release week to observe the incoming reports to judge if there’s a need for a follow-up patch release or if we can open up for merging features again.

If there was no significant enough problems found in the first few days, we open the “feature window” again on the Monday following the release. Having the feature window open means that we accept new changes and new features getting merged – if anyone submits such a pull-request in a shape ready for merge.

If there was an issue found to be important enough to a warrant a patch release, we instead schedule a new release date and make the coming cycle really short and without opening the feature window. There aren’t any set rules or guidelines to help us judge this. We play this by ear and go with what feels like the right action for our users.

When there’s exactly 4 weeks left to the pending release we close the feature window. This gives us a period where we only merge bug-fixes and all features are put on hold until the window opens again. 28 days to polish off all sharp corners and fix as many problems we can for the coming release.

Contributors can still submit pull-requests for new stuff and we can review them and polish them, but they will not be merged until the window is reopened. This period is for focusing on bug-fixes.

We have a web page that shows the feature window’s status and I email the mailing list when the status changes.

A few days before the pending release we try to slow down and only merge important bug-fixes and maybe hold off the less important ones to reduce risk.

This is a good time to run our copyright.pl script that checks copyright ranges of all files in the git repository and makes sure they are in sync with recent changes. We only update the copyright year ranges of files that we actually changed this year.

If we have pending security fixes to announce in the coming release, those have been worked on in private by the curl security team. Since all our test infrastructure is public we merge our security fixes into the main source code and push them approximately 48 hours before the planned release.

These 48 hours are necessary for CI and automatic build jobs to verify the fixes and still give us time to react to problems this process reveals and the subsequent updates and rinse-repeats etc until everyone is happy. All this testing is done using public code and open infrastructure, which is why we need the code to be pushed for this to work.

At this time we also have detailed security advisories written for each vulnerability that are ready to get published. The advisories are stored in the website repository and have been polished by the curl security team and the reporters of the issues.

The release notes for the pending release is a document that we keep in sync and updated at a regular interval so that users have a decent idea of what to expect in the coming release – at all times.

It is basically a matter of running the release-notes.pl script, clean up the list of bug-fixes, then the run contributors.sh script and update the list of contributors to the release so far and then commit it with the proper commit message.

At release-time, the work on the release notes is no different than the regular maintenance of it. Make sure it reflects what’s been done in the code since the previous release.

When everything is committed to git for the release, I tag the repository. The name and format of the tag is set in stone for historical reasons to be curl-[version] where [version] is the version number with underscores instead of periods. Like curl-7_76_0 for curl 7.76.0. I sign and annotate the tag using git.

Make sure everything is pushed. Git needs the --tags option to push the new tag.

Our script that builds a full release tarball is called maketgz. This script is also used to produce the daily snapshots of curl that we provide and we verify that builds using such tarballs work in the CI.

The output from this script is the generated release at the point in time of the git tag. All the tarballs contents are then not found (identically) in git (or GitHub). The release is the output of this script.

I GPG sign the four tarballs and upload them to the curl site’s download directory. Uploading them takes just a few seconds.

The actual upload of the packages doesn’t actually update anything on the site and they will not be published just because of this. It needs a little more on the website end.

Lots of users get their release off GitHub directly so I make sure to edit the tag there to make it a release and I upload the tarballs there. By providing the release tarballs there I hope that I lower the frequency of users downloading the state of the git repo from the tag assuming that’s the same thing as a release.

As mentioned above: a true curl release is a signed tarball made with maketgz.

The curl website at curl.se is managed with the curl-www git repository. The site automatically updates and syncs with the latest git contents.

To get a release done and appear on the website, I update three files on the site. They’re fairly easy to handle:

If there are security advisories for this release, they are also committed to the docs/ directory using their CVE names according to our established standard.

I tag the website repository as well, using the exact same tag name as I did in the source code repository, just to allow us to later get an idea of the shape of the site at the time of this particular release. Even if we don’t really “release” the website.

Using the --tags option again I push the updates to the website with git.

The website, being automatically synced with the git repository, will then very soon get the news about the release and rebuild the necessary pages on the site and the new release is then out and shown to the world. At least those who saw the git activity and visitors of the website. See also the curl website infrastructure.

Now it’s time to share the news to the world via some more channels.

I start working on the release blog post perhaps a week before the release. I then work on it on and off and when the release is getting closer I make sure to tie all loose ends and finalize it.

Recently I’ve also created a new “release image” for the particular curl release I do so if I feel inspired I do that too. I’m not really skilled or talented enough for that, but I like the idea of having a picture for this unique release – to use in the blog post and elsewhere when talking about this version. Even if that’s a very ephemeral thing as this specific version very soon appears in my rear view mirror only…

Perhaps the most important release announcement is done per email. I inform curl-users, curl-library and curl-announce about it.

If there are security advisories to announce in association with the release, those are also sent individually to the same mailing lists and the oss-security mailing list.

I’m fortunate enough to have a lot of twitter friends and followers so I also make sure they get to know about the new release. Follow me there to get future tweets.

At the day of the release I do a live-streamed presentation of it on twitch.

I create a small slide set and go through basically the same things I mention in my release blog post: security issues, new features and a look at some bug-fixes we did for this release that I find interesting or note-worthy.

Once streamed, recorded and published on YouTube. I update my release blog post and embed the presentation there and I add a link to the presentation on the changelog page on the curl website.

Immediately after having done all the steps for a release. When its uploaded, published, announced, discussed and presented I can take a moment to lean back and enjoy the moment.

I then often experience a sense of calmness and relaxation. I get an extra cup of coffee, put my feet up and just go… aaaah. Before any new bugs has arrived, when the slate is still clean so to speak. That’s a mighty fine moment and I cherish it.

It never lasts very long. I finish that coffee, get my feet down again and get back to work. There are pull requests to review that might soon be ready for merge when the feature window opens and there are things left to fix that we didn’t get to in this past release that would be awesome to have done in the next!

Can we open the feature window again on the coming Monday?