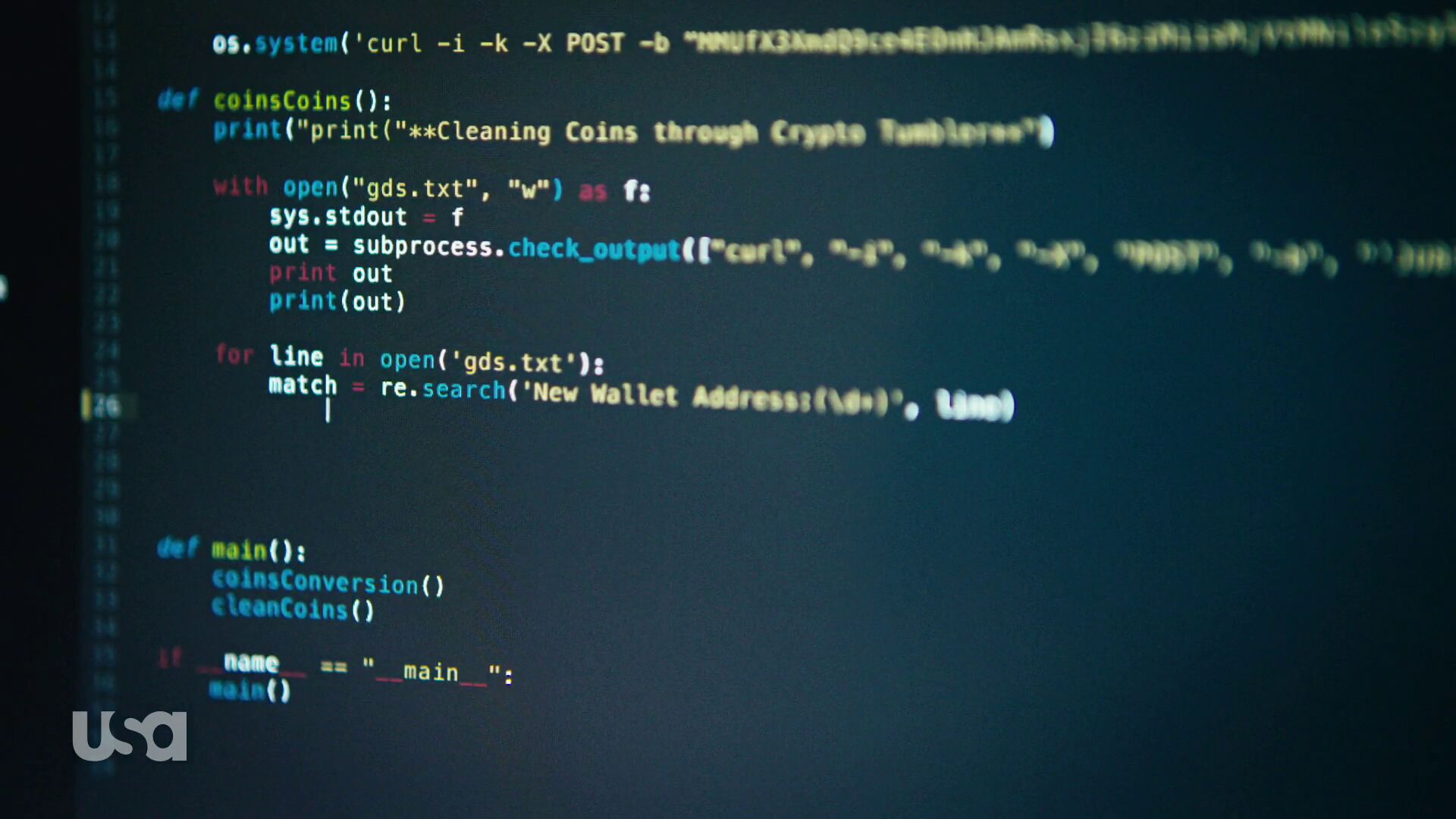 (I haven’t followed the show since at some point in season two so I cannot speak for what actually has happened in the plot up to this point. I’m only looking at and talking about what’s on the screenshots here.)

Elliot writes Python. In this Python program, we can see two curl invokes, both unfortunately a blurry on the right side so it’s hard to see them exactly (the blur is really there in the source and I couldn’t see/catch a single frame without it). Fortunately, I think we get some additional clues later on in episode 10, see below.

He invokes curl with -i to see the response header coming back but then he makes some questionable choices. The -k option is the short version of --insecure. It truly makes a HTTPS connection insecure since it completely switches off the CA cert verification. We all know no serious hacker would do that in a real world use.

Perhaps the biggest problem for me is however the following -X POST. In itself it doesn’t have to be bad, but when taking the second shot from episode 10 into account we see that he really does combine this with the use of -d and thus the -X is totally superfluous or perhaps even wrong. The show technician who wrote this copied a bad example…

The -b that follows is fun. That sets a specific cookie to be sent in the outgoing HTTP request. The random look of this cookie makes it smell like a session cookie of some sorts, which of course you’d rarely then hard-code it like this in a script and expect it to be of use at a later point. (Details unfold later.)

Lucas Pardue followed-up with this second sighting of curl from episode 10, at about 23:24. It appears that this might be the python program from episode 8 that is now made to run on or at least with a mobile phone. I would guess this is a session logged in somewhere else.

In this shot we can see the command line again from episode 8.

We learn something more here. The -b option didn’t specify a cookie – because there’s no = anywhere in the argument following. It actually specified a file name. Not sure that makes anything more sensible, because it seems weird to purposely use such a long and random-looking filename to store cookies in…

I don’t have the cookie file so it can’t be repeated completely. What did I learn?

First: OpenSSL 1.1.1 doesn’t even want to establish a TLS connection against this host and says dh key too small. So in order to continue this game I took to a curl built with a TLS library that didn’t complain on this silly server.

Next: I learned that the server responding on this address (because there truly is a HTTPS server there) doesn’t have this host name in its certificate so -k is truly required to make curl speak to this host!

Then finally it didn’t actually do anything fun that I could notice. How boring. It just responded with a 301 and Location: http://www.buy-crypto-coin.net. Notice how it redirects away from HTTPS.

What’s on that site? A rather good-looking fake cryptocurrency market site. The links at the bottom all go to various NBC Universal and USA Network URLs, which I presume are the companies behind the TV series. I saved a screenshot below just in case it changes.

In one of the fast-moving early scenes in episode 16 of Person of Interest at roughly 2:05 into the thing I caught this snapshot: (click the image to see a slightly bigger version)

It is only in sight for a fraction of a second. What is seen in the very narrow terminal screen on the right is source code scrolling by. Which source code you say? Take a look again. That my friends is kernel/groups.c from around line 30 in a recent Linux kernel. I bet that source file never had so many viewers before, although perhaps not that many actually appreciated this insight! 😉

And before anyone asks: no, there’s absolutely no point or relevance in showing this source code in this section. It is just a way for the guys to look techy. And to be fair, in my mind kernel code is fairly techy! 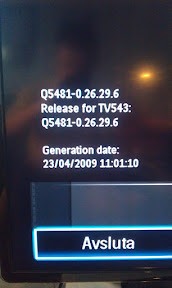 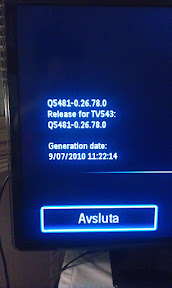 For Christmas this year I decided to surprise my wife with a new TV. To sum it up: hiding a 42″ TV in the closet was hard. Oh well, the model I got for her is a Philips 42PFL7404H. It’s really nothing magical about it, it’s a rather standard LCD TV.

What did make me smile however, was the little paper I found next to the manual (which is done in 30 languages!) and the quick-start guide, a two-sided legal-sized paper that lists all the open source products they’ve used in the TV as well as the GPL and LGPL licenses spelled out in their entirety. Anyway, the products this TV claims to use are:

I find it noticeable that there’s no shell or busybox in that list, which in my book is a rather unusual embedded Linux setup.

For you who are into things like open source hardware for your videos, it can be interesting to note Neuros‘ recent posting of their planned specs for their upcoming OSD 2.0 player that I guess then will replace the current Neuros OSD model.

In hard techy interesting terms: they plan to upgrade to Texas Instruments Davinci 6446 chipset, which is a 300MHz ARM9 with a C64x DSP core embedded. Pretty much like the existing DM320 one, but it seems with a great deal of more horse power under the hood. Given their specs paper, it will support a lot of formats and at least partially up to HD resolutions. It’ll also support internal harddrive and offer 256MB RAM and 256MB internal NAND flash.

Oh btw, if this sounds like your kind of backyard and other things combine well, Neuros is hiring Linux developers for what I believe is this hardware.