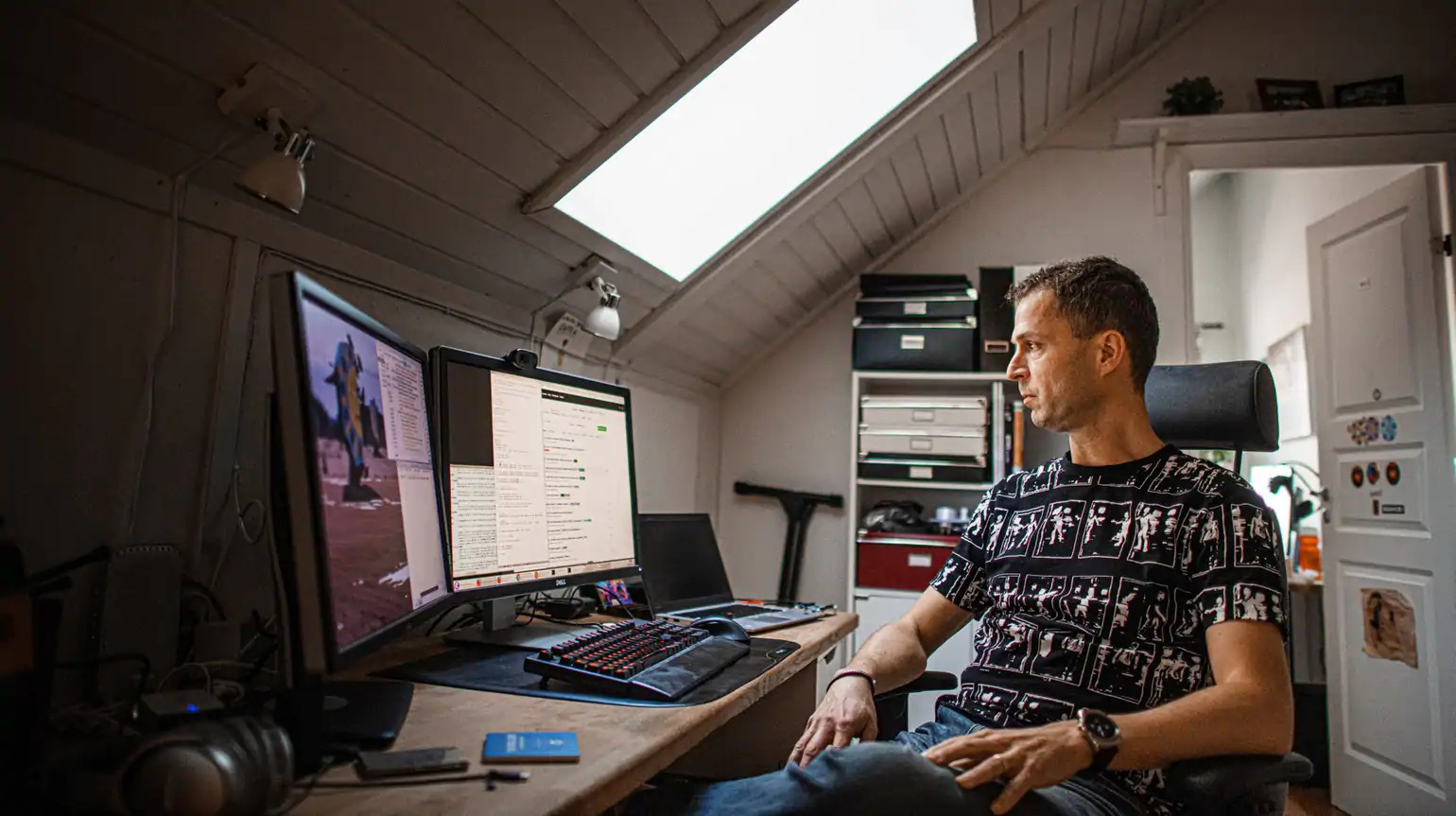 I quit Mozilla last year and in the beginning of the year I could announce that I joined wolfSSL. For the first time in my life I could actually work with curl on my day job. As the project turned 21 I had spent somewhere in the neighborhood of 15,000 unpaid spare time hours on it and now I could finally do it “for real”. It’s huge.

Still working from home of course. My commute is still decent.

Just in November 2018 the name HTTP/3 was set and this year has been all about getting it ready. I was proud to land and promote HTTP/3 in curl just before the first browser (Chrome) announced their support. The standard is still in progress and we hope to see it ship not too long into next year.

Focusing on curl full time allows a different kind of focus. I’ve landed more commits in curl during 2019 than any other year going back all the way to 2005. We also reached 25,000 commits and 3,000 forks on github.

We’ve added HTTP/3, alt-svc, parallel transfers in the curl tool, tiny-curl, fixed hundreds of bugs and much, much more. Ten days before the end of the year, I’ve authored 57% (over 700) of all the commits done in curl during 2019.

We ran our curl up conference in Prague and it was awesome.

We also (re)started our own curl Bug Bounty in 2019 together with Hackerone and paid over 1000 USD in rewards through-out the year. It was so successful we’re determined to raise the amounts significantly going into 2020.

I’ve done 28 talks in six countries. A crazy amount in front of a lot of people.

Dagens Nyheter published this awesome article on me. I’m now shown on the internetmuseum. I was interviewed and highlighted in Bloomberg Businessweek’s “Open Source Code Will Survive the Apocalypse in an Arctic Cave” and Owen William’s Medium post The Internet Relies on People Working for Free.

When Github had their Github Universe event in November and talked about their new sponsors program on stage (which I am part of, you can sponsor me) this huge quote of mine was shown on the big screen.

Maybe not media, but in no less than two Mr Robot episodes we could see curl commands in a TV show!

I’ve participated in three podcast episodes this year, all in Swedish. Kompilator episode 5 and episode 8, and Kodsnack episode 331.

I’ve toyed with live-streamed programming and debugging sessions. That’s been a lot of fun and I hope to continue doing them on and off going forward as well. They also made me consider and get started on my libcurl video tutorial series. We’ll see where that will end…

I figure it can become another fun year too!