A few hours ago I ended my webinar on how to get your code contribution merged into curl. Here’s the video of it:

Here are the slides. 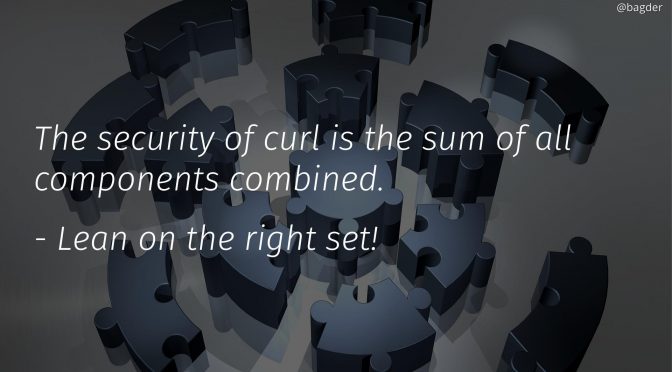 The webinar from June 30, now on video. The slides are here. 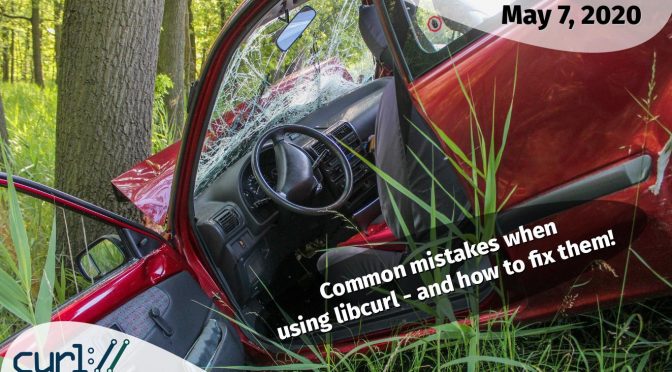 As I posted previously, I did a webinar and here’s the recording and the slides I used for it.

I’ve watched how my thirteen year old son goes about to acquire information about things online. I am astonished how he time and time again deliberately chooses to get it from a video on YouTube rather than trying to find the best written documentation for whatever he’s looking for. I just have to accept that some people, even some descendants in my own family tree, prefer video as a source of information. And I realize he’s not alone.

So therefore, I bring you, the…

My intent is to record a series of short and fairly independent episodes, each detailing a specific libcurl area. A particular “thing”, feature, option or area of the APIs. Each episode is also thoroughly documented and all the source code seen on the video is available on the site so that viewers can either follow along while viewing, or go back to the code afterward as a reference. Or both!

I’ve done the four first episodes so far, and they range from five minutes to nineteen minutes a piece. I expect that it might take me a while to just complete the list of episodes I could come up with myself. I also hope and expect that readers and viewers will think of other areas that I could cover so the list of video episodes could easily expand over time.

If you have comments on the episodes. If you have suggestion of what to improve or subjects to cover, head over to the libcurl-video-tutorials github page and file an issue or two!

I use a Debian Linux installation to develop on. I figure it should be similar enough to many other systems.

Video wise, in each episode I show you my text editor for code, a terminal window for building the code, running what we build in the episode and also for looking up man page information etc. And a small image of myself. Behind those three squares, there’s a photo of a forest (taken by me).

I plan to make each episode use the same basic visuals.

In the initial “setup” episode I create a generic Makefile, which we can reuse in several (all?) other episodes to build the example code easily and swiftly. I’ve previously learned that people consider Makefiles difficult, or sometimes even magic, to work with so I wanted to get that out of the way from the start and then focus more directly on actual C code that uses libcurl.

Here’s the “receive data” episode as an example of how this can look.

Challenge: you have 90 pictures of various sizes, taken in different formats and shapes. Using all sorts strange file names. Make a movie out of all of them, with the images using the correct aspect ratio. And add music. Use only command line tools on Linux.

Solution: this is a solution, you can most likely solve this in 22 other ways as well. And by posting it here, I can find it myself if I ever want to do the same stunt again…

This is a shell script.

The ‘pic’ variable holds command line options for the ImageMagick ‘convert‘ tool. It resizes each picture to 1920×1080 while maintaining aspect ratio and if the pic gets smaller, it is centered and gets a black border.

The loop goes through all files matching *,jpg, randomizes the order with ‘sort’ and then runs ‘convert’ on them one by one and calls the output files pic-[number].jpg where number is increased by one for each image.

Once all images have the correct and same size, ‘ffmpeg‘ is invoked. It is told to produce a movie with 3 photos per second, how to find all the images, to include an mp3 file into the output and to stop encoding when one of the streams ends – this assumes the playing time of the mp3 file is longer than the total time the images are shown so the movie stops when we run out of images to show.

the curl and wget war

Bug of the week: Downloading a long sequence of URLs results in high CPU usage and slowness

Option of the week: -O

I did this 50 minute talk on May 21 2015 for a Swedish company. With tongue in cheek subtitled “from hobby to world domination”. I think it turned out pretty decent and covers what the project is, how we work on it and what I do to make it run. Some of the questions are not easy to hear but in general it works out fine. Enjoy!